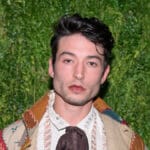 Fans on social media are calling for Grant Gustin — who plays The Flash on the CW superhero series “The Flash” — to replace Ezra Miller as the film version of the character amid reports of studio friction with the embattled star.

According to a report published on Wednesday in Rolling Stone, Warner Bros. and DC executives held an emergency impromptu meeting on March 20 to discuss Miller’s future with the studio following The Flash star’s recent arrest for disorderly conduct and harassment. the report added, “the consensus in the room was to hit pause on any future projects involving Miller including possible appearances in the DC Cinematic Universe.”

Fans took to Twitter immediately to voice support for television star Grant Gustin to take over the role.

“Probably a good time to mention this, Grant Gustin would’ve been a much better DCEU Flash,” one fan said on Twitter.

“Give Grant Gustin his chance, man is an amazing Flash on the show he needs to be inducted into the cinematic universe,” said another Twitter user.

“Can we just start a petition to get Grant Gustin as the overall flash please?” said another user

“Literally every DC fan wanted to grant Gustin on the big screen. instead this is what we get,” said another.

Ironically, a meeting between the television The Flash (Gustin) and the movie The Flash (Miller) happened two years ago on the CW’s epic “Crisis on Infinite Earths” crossover event.

The amusing moment came during the 4th installment of the 5-part crossover event, when Barry Allen/The Flash (Gustin) has a touching but urgent discussion with Oliver Queen that gives him a clue about how to find his friends and in doing so have a chance to stop the multiverse-threatening disaster at the core of “Crisis.”

As Barry zips around Star Labs, he suddenly hears a voice behind him and, turning around, he comes face to face with another The Flash — the one played by Miller in “Batman v. Superman: Dawn of Justice,” “Justice League,” and the upcoming standalone “The Flash” movie. It seems both of them have ended up in the Speed ​​Force for wholly unrelated reasons.

During their brief conversation, we learn that Miller’s Barry is completely unaware of the Crisis on Infinite Earths. Alas, before Gustin’s Barry can fill him in, Miller’s Barry begins to fade out as he returns to his own universe.

Miller made his debut as the character in “Batman v. Superman: Dawn of Justice,” establishing the cinematic Flash as living in a different universe than the one Gustin inhabits on the long-running TV show.

Previously, Miller had a run-in with police in Hawaii, where he was arrested and charged with disorderly conduct and harassment following an incident in a karaoke bar, local police told TheWrap.

According to police, “On Sunday, March 27, at 11:30 pm, South Hilo patrol officers responded to a report of disorderly patron at a bar on Silva Street. During the course of their investigation, police determined that the man, later identified as Ezra Miller, became agitated while patrons at the bar began singing karaoke. Miller began yelling obscenities and at one point grabbed the microphone from a 23-year-old woman singing karaoke (disorderly conduct offense) and later lunged at a 32-year-old man playing darts (harassment offense). The bar owner asked Miller to calm down several times to no avail.”

Police also say that Miller posted a $500 bail and was released soon after.

Miller’s upcoming film “The Flash” is set to hit theaters in June 2023 after originally being slated for November, 2022. The film features the return of Michael Keaton as Batman and also stars Ron Livingston, Kiersey Clemons, Michael Shannon, Antje Traue and Sasha Street. Andy Muschietti (“It”) is directing.

Representatives for both Warner Bros. and Miller didn’t immediately respond to a request for comment from TheWrap.