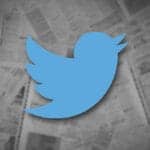 Sean Penn took his activism on behalf of Ukraine to cable news on Tuesday, appearing on both MSNBC’s “The Last Word” with Lawrence O’Donnell, and Fox News’ “Hannity,” hosted of course by Sean Hannity.

And on Fox, while the two Seans admitted some unease speaking to each other, given their political differences, they managed a respectful and far ranging conversation about the ongoing war in Ukraine started by Russia’s unprovoked invasion. And ultimately, Penn declared his belief that Ukraine will win this war.

Once greetings were set aside, their chat started off with Sean Hannity asking Sean Penn about something Penn said during a recent conversation.

So, I made a phone call to you. I read that you were there. And the story interested me. If you were on this set, 99 out of 100 times, we probably would be in full disagreement, right?” said Hannity

“No question about that,” Penn replied.

“All right, so, I make the first phone call to you. I don’t know if you remember. And I said I’m interested in the work that you’re doing and why you were there even before the war started and this documentary you’re doing. Do you remember what you first said to me?” asked Hannity

“I said that I don’t trust you,” Penn admitted. But they laughed a little about it. Penn told Hannity “there’s a lot of reasons” why he doesn’t trust the Fox News host. But he said it was a matter of normal life, and that in this instance the situation in Ukraine is too big for him to “indulge” his personal feelings about him.

“My trust or your trust – you know, there are so many people who don’t trust their spouse. And yet we have got to get on with life,” Penn said. “And we have got a situation. I’ve never felt this way about where our country is and what I experienced emotionally in Ukraine, where it had not — we all talk about how divisive things are, how divided things are here.”

“But when you step into a country of such incredible unity, you realize what we have all been missing. And I don’t think that we,” Penn continued, “I have got time to indulge my lack of trust, which it becomes a petty thing, as people and babies are being vaporized, and that these people are fighting for the very dreams that are the aspiration of all of us Americans.”

Hannity acknowledged that they also talked about that element during their phone call, with Penn saying that his being on Hannity’s show was an attempt to follow the Ukrainian people’s “example of solidarity.” Hannity agreed and invited Penn to return if he ever wanted to hash out their “political disagreements.”

From there on, the two Seans discussed the ins and outs of Penn’s personal experiences in Ukraine since last year. A lot of it was similar to comments he’s made elsewhere, including on O’Donnell’s show just after doing Hannity’s.

One thing Penn emphasized was that while there last fall to film a documentary about Ukraine, he saw the Russian buildup of forces up close. This, he said, is part of how he came to know Ukrainian President Zelenskyy. 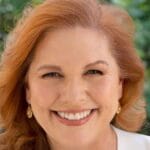 “Did you trust him? A lot more than me,” Hannity asked. “I was really interested to see who he was. And I didn’t have the baggage with him I have with you,” Penn joked in response.

For those wondering, Penn alluded to that bagged immediately after.

“What is the baggage? We never have met before,” Hannity said.

“As a badge of honor in my house, I have got the full-screen that I dominate as an enemy of the state with you in foreground,” Penn said, referring to a segment Hannity did on Fox News back in 2007. Hannity said I didn’t remember this, but you can watch it herein case you want to know whether it really happened.

Penn continued to describe his personal experience getting to know Zelenskyy before and during the invasion, explaining that in Zelenskyy he also saw a reflection of the courage of average Ukrainians.

“He’s the face of something that you see in all the Ukrainians we saw and talked to, whether they were in uniform, out of uniform, schoolteachers, even children, this extraordinary courage that’s come up. And he was — it was in his eyes, ”Penn said. “And it is clear to me that the Ukrainians will win this. The question is, at what cost?

The conversation continued along the previous lines for a while longer. Hannity and Penn both agreed that it is important to avoid starting a nuclear war in Ukraine. Though Penn said he worries that “if only one bully is going to be able to use those weapons as a threat, we have got to rethink what we’re doing.

Hannity and Penn disagreed of course in their assessments of President Joe Biden’s handling of the war, and Hannity of course advanced the idea that conservative policies are preferable to liberal ones in this situation. Penn disagreed, but he also avoided getting bogged down in those weeds and returned to his point about Ukraine. “Here is what we have to know, is that the Ukrainians are fighting to win… And they’re fighting to win for the very thing that we’re able to do right now, to be free, to dream,” Penn said. 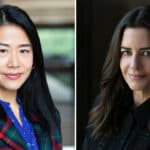 Hannity for his part said he admired Zelenskyy’s personal courage. “I will tell you what impresses me about him — you have met him, I haven’t — is that there have been many leaders in the world in similar situations as he’s been in, offered asylum — I believe he was even offered asylum here , I have been told by my sources. And they get in a private jet. They pack it full of cash, other currencies, gold and silver,” Hannity said.

“High-heeled shoes. They get their ass out, right? And he didn’t do that. He put on his body armor from him. And he went around the world. He’s begging for help from the world, not boots on the ground. He’s asking for munitions and humanitarian assistance,” Hannity added. “Now that, to me, that impresses me.”

Penn, for his part, didn’t sign on to that, telling Hannity that he didn’t want to get into his personal feelings about what should or shouldn’t happen. Though he did say “We got to ask ourselves, what happens if Russia wins? That’s a bad answer on the other side.”

Hannity of course invited Penn again to return anytime he likes. Penn joked that he’d have to think about it, because even if he holds Hannity in higher regard at the moment, “you know what happens, is that there’s a lot of physical therapy necessary after a big car accident. You don’t get it done in a day.”

Watch the whole conversation in the video above.