This Is Us Season 6 Episode 11 Review: Saturday In The Park 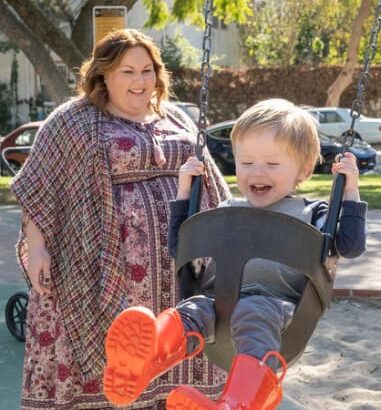 Okay, we can all breathe now.

Little Jack’s escape from the house and walk to the park by himself was fraught with tension, but he was found mostly safe and sound.

Kate told Toby repeatedly to make sure the gate clicked closed before leaving Jack in his room, but who could blame Toby for missing it in the middle of a chaotic scene?

There was a massive leak, Kate was yelling at him to hurry up, and Toby’s adrenaline was going. Of course, he was going to rush to close the gate and not do it right.

Similarly, Kate was in a hurry to show the leak to the plumber and didn’t double-check that the door was closed, never mind locked. 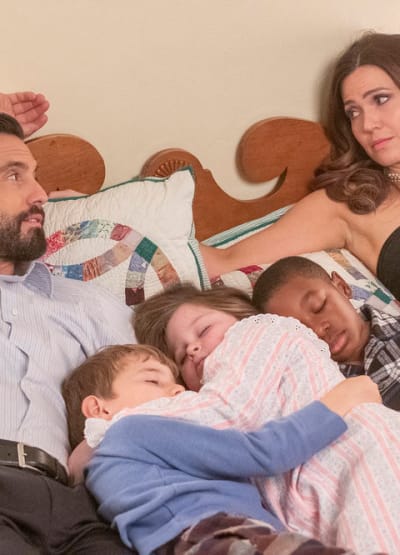 If only Kate and Toby had gotten closer instead of further apart because of the order of losing Jack, everything could have turned out differently.

It’s natural that two terrified parents might lash out at each other after realizing they could have permanently lost their son. But Jack’s escape from the house was just one more stressor on an already frayed marriage.

Much like that leak, things have steadily been getting worse between these two while nobody did anything about it, so now their relationship is a huge mess that is beyond saving.

That’s almost as heartbreaking as Kate realizing that Jack ran away to the park because it’s a place where his parents seemed happy. 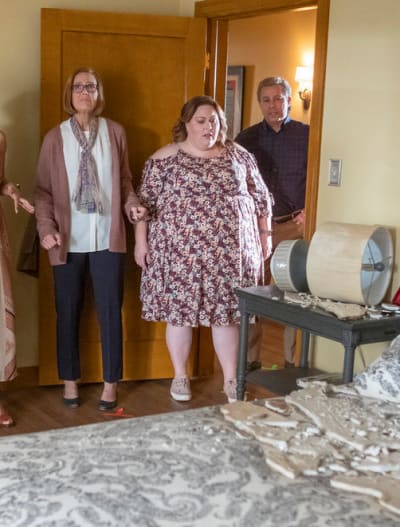 Toby and Kate said a lot of ugly things that needed to be communicated to each other.

Kate was right that Toby has been uncomfortable with Jack’s blindness from the beginning.

Sorry about the scene back there. Every time I walk into a room with Kate, I say to myself, ‘Be light. Be fun.’ And then I lose myself.

Their marriage had other problems, mainly due to Kate’s insecurity over Toby having lost so much weight while she hadn’t. But they could never get on the same page about Jack, which created a rift that grew into a gaping chasm.

Toby also apparently has always felt that the Big Three were a clique that he wasn’t part of, judging from his reaction to Kevin and Randall’s involvement in the argument, while Kate feels that Toby is withdrawing from her and their family because of Jack’s disability. . 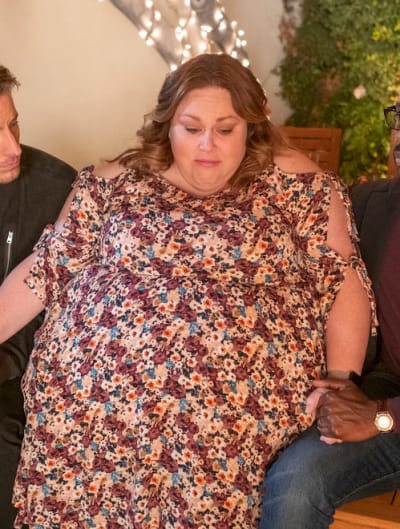 These are the reasons these two stopped talking. Now that it’s out in the open, in theory, it’s solvable, but without counseling, they’ll likely continue to go around in circles until they decide to call it quits.

The one thing Toby didn’t throw in Kate’s face was the biggest irony of all: Rebecca being the one to save the day with Jack.

Kate didn’t want Rebecca to watch her kids because of Rebecca’s cognitive decline. But Rebecca realized immediately that if Jack had changed into his boots from him, he was headed to the park, and she was the one who found him.

And if Toby and Kate hadn’t agreed that Rebecca wasn’t capable of watching the kids safely, Toby might have told Rebecca to watch Jack while he took care of the mattress, preventing Jack’s escape from the house. 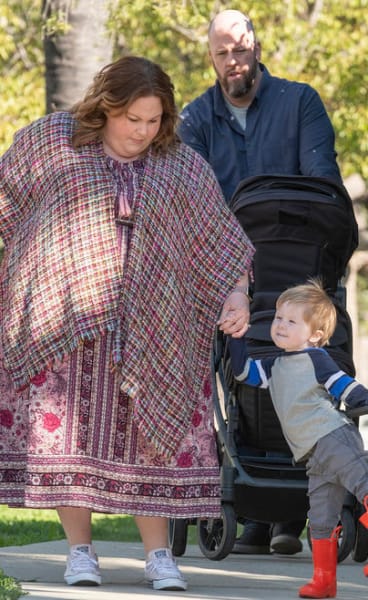 Incidentally, Johnny Kincaid, who plays little Jack, deserves a ton of praise. He made all of Jack’s interactions feel real, from talking to Rebecca in his room from him to wandering out into the world and trying to go to the park by himself.

See also  Cinema Speculation: the new Quentin Tarantino will be a movie book

The acting on This Is Us is always top-notch, but it’s especially impressive coming from a young child.

That scene where Jack went on his walk to the park was scary, especially when he had to cross the street by himself. Kate taught him to listen for cars, but he’s just a toddler. It might not have been easy for him to judge. Thank goodness he got across safely.

If there was one weakness in this story, it was that Miguel barely had any interactions with anybody. 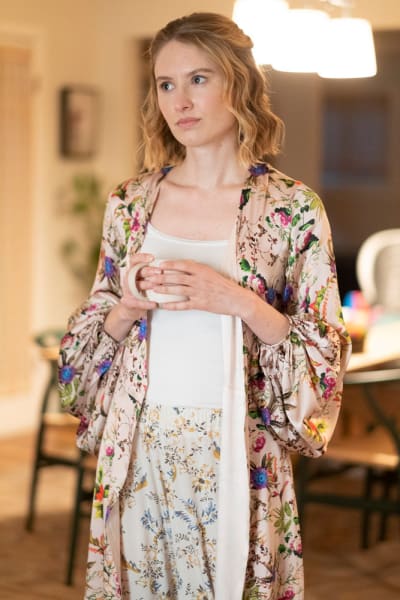 It was supposed to be his anniversary, but he only made a token appearance, and he wasn’t part of things once Jack disappeared.

I’d have loved for him to point out that Rebecca was perfectly capable of watching Jack or tell Toby that he feels like an outsider too sometimes and that comes with the territory of marrying into this amazing family.

Plus, he should have been supporting Rebecca throughout this order. She has to have her own frustrations and fears about Jack’s disappearance or the seeming end of Toby and Kate’s marriage, and Miguel is the person she’d turn to. 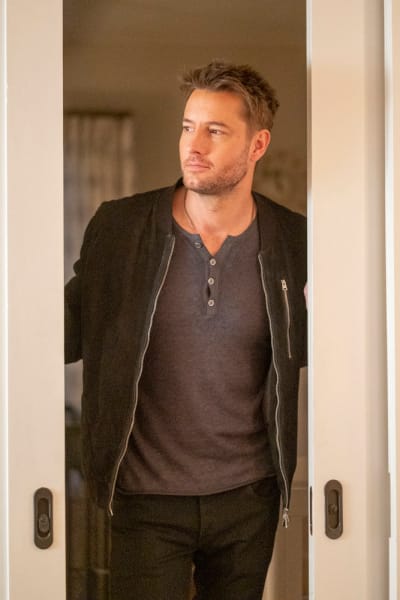 There was some movement in the Madison/Kevin saga that got overshadowed by the Kate/Toby stuff.

Randall: Kevin, you are a 41-year-old man who makes rash romantic decisions that reverberate for decades. We are going to keep driving and we are not going to send self-destructive texts.
Kevin: I understand why your kids hate you.

Kevin’s jealousy of Elijah is growing now that Elijah wants to propose. He puts on a good face for Madison, telling her he’s happy for her, but it’s obvious he isn’t.

I still wonder if Madison and Kevin end up together in the end. Will Kevin bow out quietly and let Elijah have her from her?

I also wondered if Jack and Rebecca’s anniversary fell on the same day as Rebecca and Miguel’s.

The past storyline’s purpose mainly seemed to be to demonstrate that the Big Three learned early to have each other’s backs and that Kevin and Randall are still as protective of Kate today as they were then. It was interesting that Rebecca seemed to be thinking about it as her anniversary with Miguel approached.

Your turn, This Is Us fans. Hit that big blue SHOW COMMENTS button and tell us what you thought of little Jack’s misadventure, Kate and Toby’s big blow-up, and Kevin’s continued feelings for Madison.

Watch This Is Us online right here on TV Fanatic if you need a refresher.

jack ori is a senior staff writer for TV Fanatic. His debut young adult novel, Reinventing Hannah, is available on Amazon. Follow him on Twitter.