‘Locke & Key’ will end with its third season on Netflix 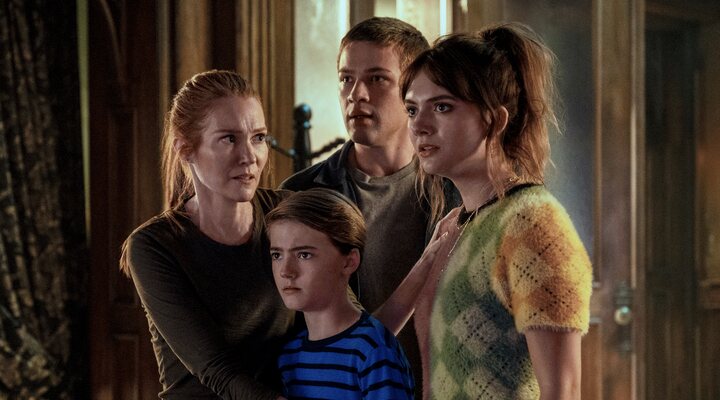 The adventures of the Lockes end on Netflix. The streaming platform has announced that the next season of ‘Locke & Key’, the third, will be the last. The series that adapts the graphic novels by Joe Hill and Gabriel Rodriguez will have at least one final outcome and will not become another victim of the streaming platform’s unfinished series. the final season Coming to Netflix this year.

The showrunners of the series, Carlton Cuse and Meredith Averill, assure in fact that three seasons always seemed to them “the ideal duration” to tell the story of the Locke family and his mysterious mansion full of magical doors and keys. “As storytellers, we are grateful to have had the opportunity to tell our version of Joe Hill and Gabriel Rodriguez’s incredible story exactly how we wanted.” they conclude.

‘Locke & Key’ premiered in February 2020 with a cast led by Connor Jessup, Emilia Jones and Jackson Robert Scott as Tyler, Kinsey and Bode Locke, who move into the family home of their deceased father with their mother, played by Darby Stanchfield. There they discover a series of keys that give them special powers, such as superhuman strength, the ability to transform their appearance or even enter their minds or those of others. But a mysterious woman (Laysla De Oliveira) is very interested in the keys. The series received relatively favorable reviews.although many did not fully understand that the adaptation opted for such a familiar tone.

Although the best known faces of the cast were those of Darby Stanchfield and Aaron Ashmore, now ‘Locke & Key’ can boast of having the protagonist of the last winner of the Oscar for Best Picture. Emilia Jones played Ruby, the daughter of the family from ‘CODA: The Sounds of Silence’ that she wants to dedicate herself to song even though she feels that her family needs her since she is the only one in the house who is not deaf. Will new opportunities rain down on her now that she, too, ends her journey as Kinsey Locke?