The girl from ‘Schindler’s List’ is in Ukraine helping refugees 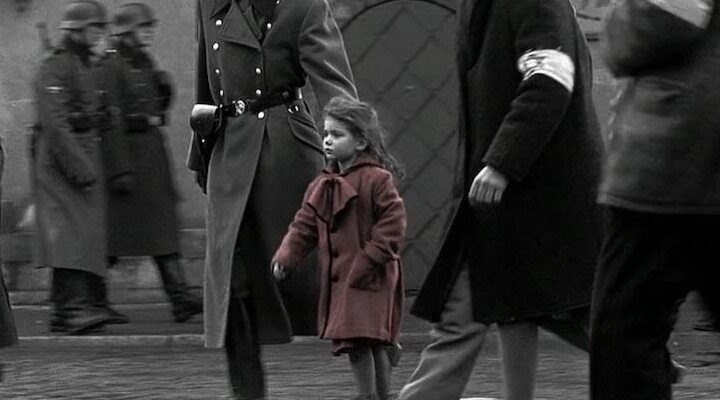 Oliwia Drabowskaborn in 1990 in Krakow (Poland), is helping refugees fleeing the war in Ukraine and seeking to enter Poland. At first glance, the name says nothing. But if we say that it is the actress who played the girl in the red coat in the mythical scene of ‘Schindler’s List’, things change. The sequence, which fully entered the history of cinema, immortalized one of the most emotional moments in the movie by Steven Spielberg, winner of 7 Oscars.

If it was burned into people’s retinas, it was, among other things, because of the girl’s colorful outfit, contrasting with the black and white of all the footage. It is also due, of course, to the innocence that the girl radiated in contrast to the immense tragedy that the Holocaust represented. Now, Drabowska, 32, returns to collaborate in a situation reminiscent of World War II: the war between Russia and Ukraine, resulting in thousands of Ukrainians leaving their country for fear of dying.

The symbol of hope

On March 9, the Polish actress shared a publication on her Instagram account in which an edited drawing could be seen that recreated the mythical scene of the girl in the red coat, but this time, with a blue and yellow that are very reminiscent of the colors of the Ukrainian flag. Dabrowska wrote: “She was always the symbol of hope. Let him be again”.

Days later, the actress went to the border between Ukraine and Poland with the aim of help refugees to enter. Through her Instagram account, Dabrowska has been narrating her experience as a volunteer, reporting her progress, asking for help, and requesting materials or donations. On March 13, she published a post commenting on Russia’s attack on Yavoriv, ​​just 20 kilometers from Poland.

“This is me, close to the border between Poland and Ukraine, in Korczowa – a few days ago maybe 3? I was with my brave mother, the place behind is the meeting point. There we found a Ukrainian family (mother with 2 children) who needed transportation to a distant city, near the border with Germany”wrote.

“What happened to this family? Well, we normally transport refugees only in our area, but we couldn’t say no. They were desperate to find their sister. Those kids…my god, I barely held back my tears“.

“I can’t tell you everything I see here because I don’t have the right words…no one should see this, I can’t imagine the nightmare these people have to go through. That’s why I’m asking for help. Any help you can give, but I’ll be honest (sorry if I’m direct), the most important help is money. We need to pay for gasoline, food, shelters for refugees, medicine, things for the children, etc.”

“I have started to collaborate with a Polish foundation and in a few days I will tell you everything you need so that you can legally support me and my group of volunteers from the US and other countries”.

Currently, the actress continues to help since on April 6 she published another post where she reported that He was fine and he was still strong to continue the fight.