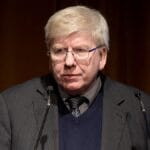 After several months of meetings, the leadership of the Writers Guild of America East have settled on proposed changes to the constitution that will change how the guild develops its plans to unionize digital media companies.

The guild’s leadership announced Thursday that it will start a campaign called “#NextChapter” that will include online meetings with members about the proposed constitutional amendments, on which the WGAE Council unanimously recommended a “yes” vote.

Though WGA East was light on details about the proposed changes, the guild said that the constitution changes, if approved, would create three new vice president positions for each of the work sectors covered by WGA East: Film/TV/Streaming, Broadcast/Cable /Streaming News, and Online Media.

The Council is also proposing a resolution that would provide a budget increase for the guild’s organizing efforts and establish an organizing committee made up of Council members from all three work sectors that will advise and consult with staff about potential organizing targets.

WGA East President Michael Winship hailed the proposal as one that addresses the concerns of both digital media members of WGA East and film/TV writers whose work the union was originally founded to protect. Since 2015, WGA East has been heavily involved in organizing digital media outlets like Gizmodo and Vice and have been a source of stability for writers during a time of mass media layoffs.

However, Winship and other leaders and members within WGA East from the film/TV branch voiced concerns that such writers would soon be outnumbered within the guild and that not enough was being done to ensure that such members had an influential voice in contract and organizing issues that impacted their section of the industry. The debate over the future of WGAE’s organizing was at the core of last September’s council elections, which saw the legacy wing led by Winship take top positions unopposed while 7 of 11 open council seats were taken by digital media organizing supporters. 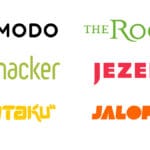 “The WGAE Council has spent the last several months working together and with an outside facilitator. I think I speak for everyone involved when I say that it has been a learning process in which everyone exchanged ideas and listened to one another,” said Winship said in a statement. “Now we have united. I’m enthusiastic about the result and the next chapter for this brave union of storytellers.”

See also  Roe v. Wade and the Future of Abortion Rights: What We Know

“I’m thrilled that our governing body has not only created an agreement to increase and formalize our commitment to organizing but also built a process to collaborate with each other on finding solutions to challenges across all work sectors,” said Sara David, to WGAE council member and editor on Netflix’s editorial team. “These changes mark an exciting new chapter of the WGA East where we can negotiate stronger contracts, expand our organizing work, and ensure that every member’s voice is heard.”