The Simpsons to Feature ASL, Deaf Actor For the First Time 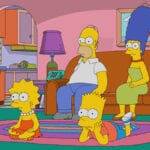 For the first time in its more than three-decade run, “The Simpsons” will premiere an episode featuring American Sign Language (ALS) and a deaf actor.

“It’s very hard to do a ‘first’ after 722 episodes, but I couldn’t be more excited about this one,” executive producer Al Jean told CNN.

While the episode will premiere April 10 and comes exactly two weeks after “CODA’s” historic Best Picture win at the Oscars, the idea came up long before the movie was released and is loosely based on writer-producer Loni Steele Sosthand’s life. Titled “The Sound of Bleeding Gums,” it follows Lisa Simpson as she helps the son of her favorite musician, the late saxophonist Bleeding Gums Murphy (who died in Season 6), who is deaf and needs a cochlear implant.

The show’s producers consulted two ASL specialists regarding the signs that the characters — who only have four fingers — make in the episode, including reviewing the preliminary versions of the show’s visuals to ensure proper signage, Sosthand told CNN.

Sosthand added that the episode was personal for her and based on her brother, Eli, who is hearing impaired in a family that loves jazz music. “Having a brother, who is just a year older, who was born deaf, really shaped who I am as a person. So it is a story not just close to my heart, but to my identity,” she said.

Deaf actor John Autry II, whose credits include “Glee” and “No Ordinary Family,” plays Murphy’s son, Monk. In a statement to CNN, he called the role “life-changing,” adding, “It’s about hard of hearing and hearing characters coming together. It’s a part of history.”

The episode will also feature three kids — Ian Mayorga, Kaylee Arellano and Hazel Lopez — from No Limitsa Culver City-based nonprofit devoted to the well-being and development of deaf children. 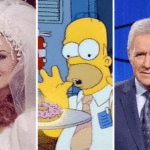