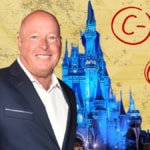 Charlee Corra Disney has come out as a transgender man, telling the Los Angeles Times that they can no longer remain silent amidst the public battle over CEO Bob Chapek’s initial lack of opposition to Florida’s controversial “Parental Rights in Education” bill, aka the “Don’t Say Gay” bill, which was signed into law by Governor Ron DeSantis on March 28.

Last week, Charlee’s father Roy P. Disney — the great-nephew of Walt Disney — and family announced they would match up to $500,000 in donations to the Human Rights Campaign, an LGBTQ advocacy group. “Equality matters deeply to us,” Roy wrote, “especially because our child, Charlee, is transgender and a proud member of the LGBTQ+ community.”

Charlee had announced a $250,000 matching grant to HRC at the group’s annual gala in Los Angeles in March, which was doubled to $500,000 last week.

“I grew up with HRC, attending events like this one, and I’m so proud to be a member of the LGBTQ+ community,” Charlee said at the event, according to Variety. “It’s very important to me and my brother, Aidan, and my parents, Sheri and Roy P. Disney. As members of the Disney family, standing up for equality has always been what we do… I hope you will help us fight for equality everywhere.”

Sheri Disney told the Times her family was disappointed by Chapek’s initial refusal to take a stand against the Florida law and that she hoped the $500,000 matching grant would be a “bridge” that demonstrates the family’s commitment to gay and trans rights. “I have a trans kid, and I love my kid no matter what,” she said.

See also  Buffy the Vampire Slayer: ranking of the main stages and locations from least to greatest importance

Charlee, who is a biology teacher, came out to family and friends four years ago, but explained to the Times in an interview published Sunday why they wanted to speak more publicly now: “I feel like I don’t do very much to help . I don’t call senators or take action. I felt like I could be doing more.”

Citing statistics about the high rates of depression and anxiety, as well as bullying and suicide, among LGBTQ youth, Charlee said, “Then to put something like this law on top of that? They can’t learn about their community and their history at school, or play sports or use the bathroom they want to use?”

Chapek announced on March 11 that Disney is suspending all political donations in Florida.