Is Harry Potter Dead at the Box Office? (Why That’s Very Bad News for AMC) 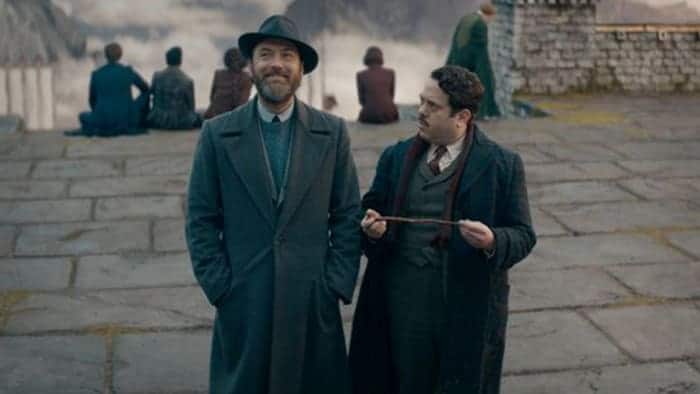 Is the magic over for the Harry Potter franchise?

“Fantastic Beasts: The Secrets of Dumbledore,” the latest film in Warner Bros.’ (DISCA) – Get Discovery, Inc. Class A Report spin-off of Harry Potter’s “Wizarding World,” opened in the United States this past weekend to the tune of $43 million dollars.

That’s well below the $74 million brought in by “Fantastic Beasts and Where to Find Them,” which kickstarted the prequel series in 2016, and its 2018 follow-up “Fantastic Beasts: The Crimes of Grindelwald” and nowhere near the astronomical numbers “Harry Potter and the Deathly Hallows” pulled in a decade ago. (The first part of the two-part film opened to $125 million in 2010, the second part opened to $169 million a year later.)

The film also earned the worst reviews from both critics and audiences in the history of the overall Harry Potter franchise, though at least everyone could agree that Mad Mikkelsen (the Danish actor The Ringer recently dubbed “franchise Viagra”) was a delight.

While there are still two more films set for this “Fantastic Beasts” series, this is beginning to look like a dead franchise walking. That’s bad news for Warner Bros, and it’s really bad news for theater chains like AMC (AMCX) – Get AMC Networks Inc. Class A Report.

It’s not quite fair to say that franchise films are the only thing people want to see in theaters anymore. Earlier this year the Channing Tatum drama “Dog” did quite well, and this weekend saw the release of the buzzy and beguiling indie film “Everything Everywhere All at Once,” which brought in an impressive $17,696 million in limited release.

But plenty of film fans no doubt read the positive reviews and word-of-mouth buzz for those smaller-scale stories, and then had two thoughts: “Cool, I’ll check those out when they hit Netflix or whatever” and “Hey , when is that new Dr. Strange film coming out?”

But for a while, Hollywood made all kinds of films for theatergoers, with the reasoning being that different audiences (or quadrants, to use industry-speak) had different tastes. But starting in the mid-00sformer Disney (DIS) – Get Walt Disney Company Report CEO Bob Iger pushed the company to only focus on films with franchise potential and characters that could be spun off into merchandise, theme-park rides, and other ancillary revenue streamed.

Iger’s strategy became rocket-charged when Disney purchased the rights to both Marvel Entertainment and Star Wars, two of the biggest franchises Hollywood has ever known, at the start of the past decade. This purchase was made around the same time as Netflix’s (NFLX) – Get Netflix, Inc. Report streaming platform began catching on, and audiences began getting accustomed to the idea of ​​seeing newer films on the couch rather than the theater.

From there, Hollywood began focusing more and more on franchise films like the Marvel and DC Universe, Star Wars and the surprisingly enduring “The Fast and The Furious” series, as these were the films that studios knew they could count on people seeing in the theater, while smaller films and prestigious dramas were typically reserved for streaming services or awards season.

The film industry depends on franchises now more than ever, so it’s a headache for plenty of parties to see one of the bigger ones begin to sputter out.

Theater chain AMC was having a rough time even before the onset of covid-19 led to theaters closing.

It might seem like there’s a new superhero film or franchise installation every weekend, but that’s really not the case. Even though “Avengers: Endgame” was a record-setting hit in 2019, AMC still reported a net loss of $13.5 million that year, even as total revenue was up 2.4% to $1.44 billion from the year before.

AMC has been playing around with variable ticket pricing, NFTs, and is even exploring the idea of ​​selling its popcorn for home consumption in order to raise revenue, and CEO Adam Aron has announced plans to refinance the company’s debt.

In other words, the last thing AMC needs right now is for an eleven reliable franchise series to go sideways. It has enough to deal with right now as it is.

But maybe this was unavoidable. While the Harry Potter films were based on JK Rowling’s beloved books, the “Fantastic Beasts” prequel films are based on a textbook mentioned in the books briefly. The “Fantastic Beasts” films have never been able to shake the sentiment that they only exist because Warner Bros. was determined to keep the wizard franchise around after “Harry Potter and the Deathly Hallows” concluded that storyline, even if studio didn’t have much of a story to base a new film on.

At this point, the Potter fans have decided these films just don’t have much of a reason to exist. The most diehard, completist Potter fans know that if they absolutely have to watch the film out of obligation, they can wait until “The Secrets of Dumbledore” inevitably hits streaming this summer.

It’s unlikely that Warner will completely drop plans for the next two films, as worldwide box office totals and streaming viewership might eventually justify further installments, but AMC no doubts hopes that the studio finds a way to right the ship with the films, while also finding a way to finally make the hit-or-miss DC Universe finally work.

But until then, AMC can take heart: the latest Marvel film “Doctor Strange in the Multiverse of Madness” opens only in theaters on May 6.