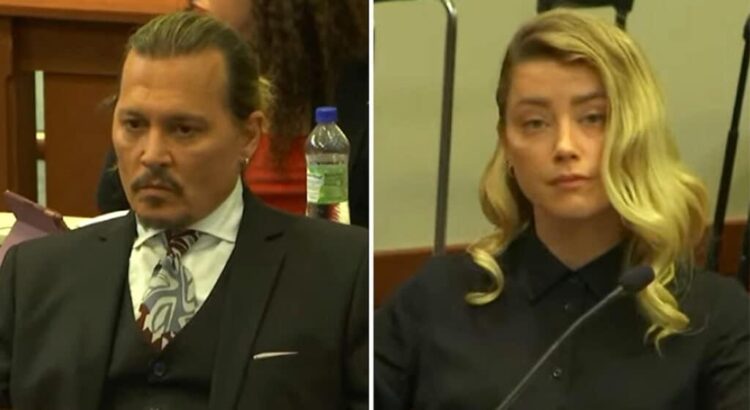 Johnny Depp’s private security guard Sean Bett took the witness stand Monday in the actor’s defamation trial and showed the court pictures of what he said were injuries Depp sustained during fights with his then-wife Amber Heard.

Bett told the Fairfax, Virginia courtroom that he took the pictures “just in case she made allegations.”

Bett said photos from March 2015 showed the actor with “a swollen kind of cheekbone, eyelid.” Bett said Depp also sustained injuries in a December 2015 fight with Heard. Those photos showed scratches and bruises on the actor’s face.

The security guard told jurors the relationship between Depp and Heard started as “loving” and “giddy,” but changed to “constant arguing and bickering.” Bett said Heard initiated the arguments with the “Pirates of the Caribbean” actor. During one dispute, Bett told the court the “Aquaman” actress lost it, calling Depp “a fat ass, f— you too Johnny and you too Sean.” The security guard also accused Heard of throwing a water bottle at the actor.

Realizing the arguments were getting out of hand, Bett said he told Heard while driving her home, “This can’t continue. You guys are either going to kill each other or you’re going to be in jail.” He added that her eyes filled with tears and she said, “But I love him and I’m not going to lose him.”

Earlier in the day, the court played the second half of a pre-recorded video testimony from Dr. David Kipper, Depp’s private physician and addiction specialist. In the video, Kipper described an incident from March 2015 when Depp cut off part of his finger from him. Kipper told attorneys, “I cleaned his wound from him” before taking him to the hospital.

Kipper said he went back to the house to look for the missing digit, telling the court Depp’s chef found it on the kitchen floor. Kipper said there was “broken glass” in the kitchen and “there was blood around the home.”

The physician said Depp told emergency room doctors that he cut his finger with a knife. That statement contradicted what Depp’s attorneys told the jury during opening statements, that Amber Heard threw a bottle at Depp, severing part of his finger from him.

Kipper said he saw Heard the same day and didn’t see any signs of abuse or bruising. Kipper said Heard never sought medical attention from him for alleged abuse. Heard did seek medical attention in December 2015 for a headache after she reported hitting her head. Doctors performed a physical examination but did not document any physical injuries.

Lloyd, a nurse practitioner with special certification in addiction nursing was treating Depp for drug addiction. She wrote in her notes from her, Depp experienced “muscle spasms, chills and pains” during detox.

Arguments between the couple were an emotional trigger for Depp, said Lloyd who called their relationship “toxic.” Lloyd told the court, she witnessed Heard instigate fights with Depp on multiple occasions. She recalled on several occasions Depp tried to escape arguments and Heard following him from room to room. Lloyd said Depp told her he felt like he was in a “no win” situation with Heard who described her behavior as “mania.”

Lloyd’s notes revealed Depp hired a personal nurse for Heard hoping it would “reduce stress” on their relationship however, Lloyd said the relationship was still strained. Lloyd testified about an incident at the couples LA penthouse where Heard tried to stop Depp and his team from leaving by blocking the elevator.

In her notes, Lloyd also wrote about being called to the couples during a fight in the garage. She said, Depp had security drive him to another house when the argument became heated. She wrote, Depp later agreed to return, accompanied by security. But Depp was also aggressive during arguments. Lloyd said, “I saw Johnny push over one of Amber’s clothing racks” but she said she did n’t see any violence directed at Heard.

After court reconvened from lunch break, Juror #25 told the judge he was experiencing pain from a hernia and was having trouble concentrating. The judge excused him from the jury indefinitely, citing concerns about his health and put an alternate in his place.

Both Depp and Heard are expected to take the stand during the Fairfax, Virginia trial, which is expected to last six weeks.