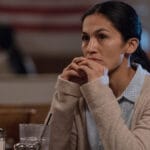 “24” fans aren’t the only ones missing Fox’s real-time action series: Kiefer Sutherland, who currently plays Franklin Delano Roosevelt on Showtime’s “The First Lady,” would welcome a return to his iconic role of Jack Bauer.

As Sutherland recently told GQ, “I do believe the story is unresolved… I miss it. It was an incredible experience.” He netted an Emmy in 2006 for playing the non-stop agent.

Another agent, played by Corey Hawkins, took over counter-terrorism duties in 2017’s “24: Legacy.” Sutherland’s last turn as Bauer was 2014’s installation, “Live Another Day.” Last we saw of Jack, he was in the custody of Russian agents. Since the resourceful character previously escaped Chinese and other captors, his reappearance would be entirely plausible in the world of the show.

He’s not actively working on a revival, but said he’s more than open to it. “I have learned that you’re just better off not to be definitive about your answer of whether you will do something or not do something. I love playing that character… If something were to be written that made sense to me and that I thought was going to contribute to the franchise then I would be behind it, even if my participation in that were to be limited.”

Brian Glazer and Ron Howard’s Imagine Entertainment and 20th Century Television — which has since been sold to Disney — produced the series, which was created by Joel Surnow and Robert Cochran.