‘Thor: Love and Thunder’: First trailer with the Guardians and Natalie Portman 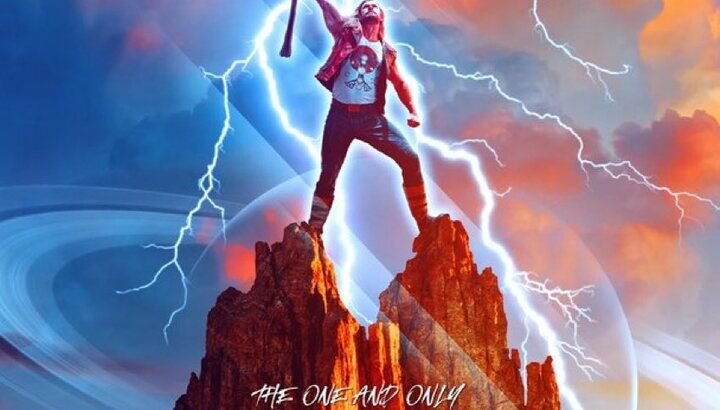 The theatrical release of ‘Thor: Love and Thunder’ is set for July 8 and we had not yet seen any official images of the film that marks the return of the God of Thunder in Phase 4 of the Marvel Cinematic Universe. So much so, that the film holds the record for the shortest time span between the first trailer and the premiere. But that has finally changed because we already have here the highly anticipated and highly rumored teaser trailerwhich offers us the first images of the successor to ‘Thor: Ragnarok’.

Taika Waititi is back behind the cameras to direct the fourth solo installment of the Marvel hero, after successfully reinventing the character in ‘Ragnarok’ with a more comical and eccentric approach. Waititi continues that line in the new film, which the New Zealand filmmaker has described What “the craziest movie I’ve ever made”.

Unlike several of his companions from the original formation of The Avengers (Robert Downey Jr., Chris Evans, Scarlett Johansson), Hemsworth did not retire the character, after the creative push that ‘Ragnarok’ meant. He is joined by Tessa Thompson, Sean Gunn, Jeff Goldblum and Jaimie Alexander, who are joined by the Guardians of the Galaxy in an explosive crossover, as well as Christian Bale as the villain Gorr the Butcher God, Russell Crowe as Zeus and the return of Natalie Portman as Jane Foster, who this time will be wielding Mjölnir as Mighty Thor. Peter Dinklage is also rumored to return to the series as Eitri.

Keeps the date despite the reshoots

Taking into account how long it was taking to see official images of the film, there were doubts about whether it would keep its release date, but finally Marvel Studios has confirmed that ‘Thor: Love and Thunder’ will hit theaters on the scheduled day, July 8.

It was recently learned that Marvel had returned to filming to record new scenes with Christian Bale, which was pointed out as a possible reason for the delay in showing promotional images. However, as we have seen on many occasions, reshoots are a very common practice in Hollywood, especially in big blockbusters, so they do not necessarily have to indicate anything negative. In fact, reshoots are key for Marvel Studios, which often works on its films until very close to opening day. In three months we will check the result.