Why Blac Chyna is Suing the Kardashians for $100 Million 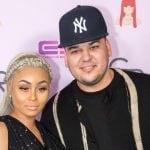 Days after the first episode of “The Kardashians” premiered on Hulu, rapper Blac Chyna’s case she filed five years ago against her ex-fiancé Rob Kardashian and his family finally heads to a Los Angeles court today.

The former couple – who share a daughter, Dream – were once the subjects of E! reality series “Rob & Chyna.” When the show was midway through filming its second season, the couple split – and the show was indefinitely put on hold. Months later, Chyna filed a massive lawsuit against the family, alleging that Rob was physically abusive and that Kim, Khloé, Kris and Kylie Jenner conspired to get “Rob & Chyna” canceled.

As the trial gets underway and the famous family finds itself embroiled in yet more drama, here’s everything you need to know.

A Brief Timeline of Rob, Chyna and “Rob & Chyna”

Blac Chyna (real name: Angela Renée White) and the youngest child of Kris and Robert Kardashian went public with their relationship in January 2016. Three months later, they announced their engagement, followed by news of her pregnancy in May. In June, “Rob & Chyna” was greenlit for its first season on E!; the six-episode reality series aired in the fall, with Chyna giving birth to their daughter in November.

From the very beginning, there were rumors of strife between the rapper-model and her fiancé’s family, but they exploded into public view in December. She claimed her her Instagram had been hacked when a screenshot of a note stating that she left Rob and took their baby without his knowledge was posted to her account.

See also  They reveal the secret ingredient of the Marvel movies

A series of back-and-forth accusations followed, with Rob accusing Chyna of cheating and Chyna accusing Rob of refusing to seek help for his mental health issues. 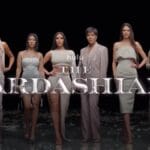 Why is Blac Chyna suing the Kardashians?

In October 2017, Chyna filed a sprawling lawsuit that named Rob, Kim and Khloé Kardashian and Kris and Kylie Jenner as defendants. Charges against Rob include assault, battery, and harassment, while the rest of the family is accused of defamation.

“Rob Kardashian is an abuser attempt on destroying Angela White, the mother of his baby, who left him in 2016,” the lawsuit stated. “In revenge, the Kardashian-Jenner family became media predators, slut-shaming her on social media and killing her on her television show, which had already begun filming a second season.”

According to the suit, E! planned to air a second season of “Rob & Chyna” covering the couple’s journey as co-parents, even after they had split up. Chyna claims they were well into production when the Kardashians interfered to have the show scrapped. She alleges that the Kardashian-Jenners made up a story about Chyna physically assaulting Rob and pressured executives at the network to immediately suspend production. (Kardashian filed a separate assault lawsuit against Chyna, which he dropped in February 2022.) 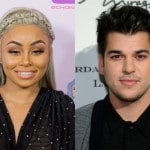 Also mentioned as a motive in the suit is that “Rob & Chyna” would have interfered with another “Keeping Up with the Kardashians” spinoff, “Life of Kylie.” That E! series went on to premiere in the summer of 2017.

In allegedly conniving against Chyna, the family was “flexing their muscles so as to destroy Ms. White’s career so that she was no longer able to compete against the Kardashian-Jenner women as an entrepreneur and social media influencer,” the suit said.

The suit continued, “In killing the second season of ‘Rob & Chyna,’ defendants ensured that the E! network had room in its schedule for Kylie Jenner to star in her own show, in which she heavily promoted Kylie Cosmetics, which was once in direct competition with LASHED by Blac Chyna.

As a result, the suit claims, Chyna was cheated out of millions she would have earned from the show and other revenue streams. 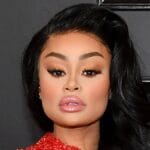 What happened after Chyna filed the lawsuit?

In October 2020, to judge denied a motion filed by the Kardashians to dismiss Chyna’s lawsuit.

to judge later ordered the production company behind “Rob & Chyna” to hand over unaired footage from the second season.

Who will be testifying at the trial?

See also  Why is the Valheim home and home upgrade delayed?

Chyna will be the first witness called to the stand and will be present for the entire trial, according to her lawyer. 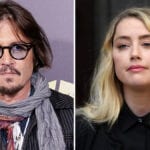