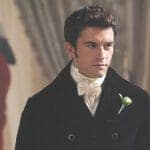 “Bridgerton” Season 2 is another massive hit for Netflix.

“Bridgerton” Season 2, which stars Jonathan Bailey as Anthony Bridgerton and Simone Ashley as Kate Sharma, has now bested Season 1 of the show. Season 1 is now the second-most-viewed English-language show. And it’s the first time a show has held the No. 1 and No. 2 slots.

This past week, viewers watched 66.61 million hours of the show, globally.

“Bridgerton” Season 2 did dip from the No. 1 spot for the week on the US chart. It’s now at No. 2 behind “The Ultimatum: Marry or Move On.”

The Sienna Miller, Michelle Dockery and Rupert Friend starring series “Anatomy of a Scandal” took third on the US chart, followed by “Better Call Saul” at No. 4, and “Queen of the South” at No. 5. 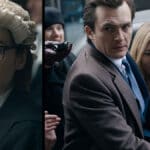