Ex-Twitter CEO Jack Dorsey Slams Tucker Carlson, Brian Stelter and Everyone in Between 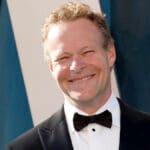 Just when you think Jack Dorsey has chosen sides in the media wars — wham! The Twitter co-founder and former CEO hits you with the surprise, both-sides-are-bad reversal.

Dorsey, who stepped down as Twitter CEO in November, clapped back at a Monday tweet from CNN media analyst Brian Stelter, who had amplified criticism of Fox News host Tucker Carlson for “selling doubt.”

Dorsey’s response to Stelter: “And you are selling hope?”

After a user characterized Dorsey’s response as “defending” Tucker Carlson, he tweeted again: “not defending anything. holding up a mirror.”

Dorsey condensed the rest of his commentary on the topic to a single-word response to a user who suggested that all media — not just one side or the other — are complicit in sowing fear and doubt.

“I thought [Dorsey’s] point was that the press does the same thing, sowing doubt to promote white supremacy and get engagement, often amplifying bad takes, but now I’m not sure anymore.” 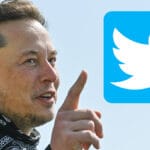 Dorsey did tweet several other replies that skewed critical of the media and social platforms, including Twitter itself, and CNN’s coverage of the riots in Ferguson, Mo., where Dorsey said the network’s journalists tried to “create content and film it.”

Not that any of this should come as much of a surprise.

Dorsey’s leanings on media and politics have proven challenging to divine—he’s always come across as an equal-opportunity disapprover. Just this past weekend he ripped the Twitter board of directors’ “dysfunction” in the face of Elon Musk’s takeover bid — and Dorsey still sits on that board.

While still CEO, Dorsey criticized his own company’s communication around why it blocked a New York Post story during the presidential campaign. Twitter’s messaging around that decision was “not great,” he said, putting lightly a revelation that came before he stepped down as CEO in November.

Earlier this month, Musk offered to buy Twitter for $43 billion. The company’s board has initiated an internal “poison pill” mechanism to try to prevent a hostile takeover, though Musk has indicated that he may have other options.