‘Fantastic Beasts’ Franchise May Be Finished, But JK Rowling’s Wizarding World Is Not 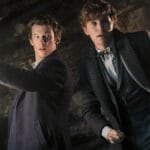 Even if the weak box office numbers end this ”Harry Potter“ spinoff, Warner Bros. has other plans for Rowling’s magical world

Even considering the lingering impacts of the COVID-19 pandemic on some overseas markets like China, these numbers aren’t the ones any studio would like to see for a $200 million tentpole that’s supposed to be part three of a five-part film series.

While the off-camera scandals and controversy surrounding JK Rowling and former series star Johnny Depp may have had some impact, it’s more likely that the blend of world-building and “Potter” prequel plotlines in “Fantastic Beasts” just aren’t resonating with casual moviegoers the way Harry Potter’s journey at Hogwarts did in the 2000s.

“’The Crimes of Grindelwald’ just soured audiences in a way that ‘Fantastic Beasts’ was going to have a hard time coming back from,” Exhibitor Relations analyst Jeff Bock said. “When the numbers dip that precipitously, there’s no doubt that there’s a lack of desire to see this story continue. I would go as far to say that doing another ‘Fantastic Beasts’ would be damaging for the brand.”

Warner is still several weeks, if not months, since deciding the fate of continuing the “Fantastic Beasts” franchises, one of many choices that the studio will make as the Warner Bros. Discovery transition continues under CEO David Zaslav. But even if the plug is pulled, do not expect the newly merged company to cut down on its larger plans to build the Wizarding World beyond Harry and his friends.

“’Fantastic Beasts’ was always meant to be one piece of a larger plan to build the Wizarding World,” Warner Bros. domestic distribution head Jeff Goldstein told TheWrap. “While the numbers for ‘Secrets of Dumbledore’ were lower than the previous films, we still think the series has done its job keeping Wizarding World fresh in people’s minds, and we’re pleased with the revenue we’ve seen from the franchise at theme parks, stores, and other products and experiences.”

See also  10 webtoons that will make your heart race

Beyond “Fantastic Beasts,” the studio saw great success last fall with “Harry Potter: Return to Hogwarts,” an HBO Max retrospective reuniting Daniel Radcliffe, Emma Watson, Rupert Grint and other “Harry Potter” film stars to celebrate the 20th anniversary of the film franchise. And Warner is continuing the Wizarding World expansion with “Hogwarts Legacy,” a video game coming out this fall that’s set over a century before Harry, Hermione and Ron first set foot onto the famous wizarding academy.

If “Fantastic Beasts” was an attempt to both build on the popularity of the “Potter” books and films and expand Rowling’s world beyond them, “Hogwarts Legacy” and “Return to Hogwarts” suggest that Warner could continue on both tracks even if they close the door on more “Fantastic Beasts” films. Indeed, insiders at Warner say the studio hasn’t ruled out more theatrical films and HBO Max projects for the Wizarding World. 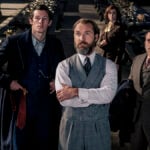 The question, though, is how much widespread interest there actually is in a bigger Wizarding World. Prior to the release of the first “Fantastic Beasts,” Rowling released a series of articles on her site Pottermore about the history of wizards and magic in the United States that was met tepidly by fans and earned online criticism for her descriptions of “Native American wizards.”

That may have been a precursor to the problems for “Fantastic Beasts” as a whole, as the series’ attempts to expand the Wizarding World and connect to the “Potter” series by delving into Albus Dumbledore’s past in the sequels didn’t mesh with the original film’s character-driven narrative focused on Newt Scamander and his friends, whom had won a fan following after the series debuted.

Rather than becoming the source of fan theories, the world-building tidbits introduced by Rowling in “Fantastic Beasts” and other places was met with disgruntled nitpicking. If Pottermaniacs enjoyed the world-building elements when they concerned their favorite characters, they proved less popular to explain the origins of Voldemort’s snake or to bring back Professor McGonagall in a way that contradicts Rowling’s previous work. 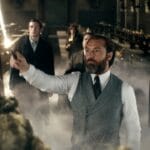 Rowling’s work has been a hit when it continued the “Potter” formula of putting characters first and world-building second. Just look at her her Tony-winning play “Harry Potter and the Cursed Child,” which got mixed reviews when its script was first published in book form but got glowing reception when it debuted in 2016 on London’s West End — and then later on Broadway.

Many expect that play to make its way to Warner’s Leavesden Studios in England. Since “Cursed Child” was released, Potter fans have been wondering if it would set the stage for Radcliffe, Watson and Grint to reunite as adults for one more film in which Harry and his son, Albus, face a time-bending adventure while they both grapple with the legacy that Harry had built during his time at Hogwarts.

Bock thinks that as the Zaslav era begins at Warner Bros., the studio shouldn’t rule out trying another Wizarding World spinoff at some point in the future that puts characters first again. But for now, he believes that “Cursed Child” would be the best way to get the world back in theaters for more magic.

“There’s still a lot of directions that Warner could take Wizarding World in the long-term, but right now they need to get back to what people like most about it, and that’s Harry,” he said. “Whether it’s a ‘Cursed Child’ adaptation or something else, the next project should be something closer to the books that builds an appetite for a spinoff that can really branch out the way the first ‘Fantastic Beasts’ did.”