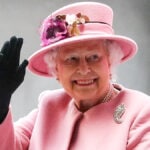 Helen Mirren paid tribute to her director on “The Duke,” the late Roger Michell, ahead of the release of what will be his final fictional film opening this weekend.

And though this was her first time working with Michell in their careers that have each spanned decades, she acknowledged in a conversation with TheWrap that he “meant a huge amount to the British film industry.”

“It was devastating for all of us to lose Roger. We never…it completely came out of the blue, he was very very fit and active and creative. There was never any sense that this was someone who was ailing,” Mirren said of the “Notting Hill” director who died last September at age 65. “He wasn’t ailing. It was a very sudden heart attack that took him away. He meant a huge amount to the British film industry.

Mirren even teased that she was “very cross” with Michell for his sudden death and wished she could’ve had the chance to work with him again either in film or in theater, but knows that “he left behind a very substantial body of work .”

“From the first moment I met him and I walked into the meeting, there was a sense of ease, a sense of family. He knew exactly what he wanted, he knew how to get it, but it was always done with this incredible feeling of welcome and love and family. Ease, the set was an easy place to be,” Mirren said of working on “The Duke.”

Mirren also acknowledges that at 76-years-old, “The Duke” was something of an “unexpected” role for her to take, and that few beyond Michell might have guessed that she and star Jim Broadbent would make a good on screen pairing.

Though Mirren has played countless larger-than-life characters throughout her career, “The Duke” casts her as Dorothy Bunton, a retired housewife in ’60s England who is married to the eccentric, politically inclined former cabbie Kempton Bunton. Bunton was charged with swiping a famous and expensive portrait of The Duke of Wellington by the Spanish artist Francisco Goya, all so that he could make a statement about an unfair tax for a television licensing fee.

Though based on a true story and often dealing in more tragic undertones, the movie is a comedy with some whimsy as it tracks Kempton’s proclivities for grandstanding, his unexpected heist, the feeble attempts to track him down and Mirren’s character’s stern lack of patience for her husband’s antics. 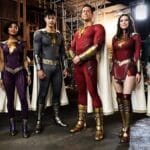 “That’s exactly what it was like to make the movie, and that was completely Roger’s creation. Somehow he had this was. He was very self-effacing and funny but at the same he was absolutely our leader. He was very much in control and in command because he was so masterful,” she said. “It’s very difficult to get the tone of a movie right, and that’s where Roger was so clever. This is basically a comedy, but it’s a comedy with a tragedy at the heart of it. These people are trying to survive a very big tragedy in their lives. And the fact that he brought that into the story gives it a depth that it wouldn’t have otherwise.”

“The Duke” though is precisely the character that Mirren says she’d like to portray at this stage in her career. She was just awarded a Lifetime Achievement prize from the SAG Awards, and following this she’s got roles in a Golda Meir biopic, in the “Wonder” spinoff “White Bird” and in the next “Shazam!” movie. But she’s in awe of the number of roles for women across Hollywood today and hopes that whatever else she does next will continue to be a surprise for audiences.

“’The Duke’ very much falls into that. You’re looking for the unexpected. I don’t think that people would have expected me necessarily to play this role,” she said. “Great writing, complicated, hopefully a fairly complex character.”

“The Duke” opens in North American theaters on Friday. Check out TheWrap’s full interview with Helen Mirren above.