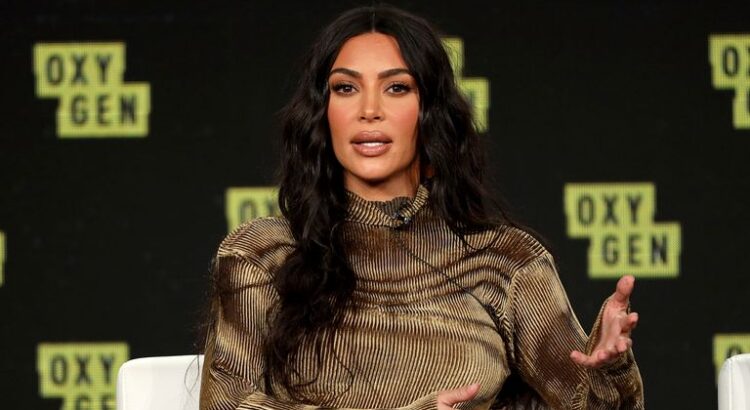 The Kardashians have appeared in court for the jury selection in their case against Blac Chyna, where potential jurors have shared their views of the stars.

Ushered into the Los Angeles courtroom by security guards, kim kardashian sat alongside her “momager” Kris Jenner and two of her sisters, Khloe Kardashian and Kylie Jenner.

All four women are defendants in a lawsuit brought by Blac Chyna, the ex-fiancee of the lone Kardashian brother, Rob.

The model is suing the family for $100m, claiming they defamed her and illegally interfered with her contracts and business dealings to drive her out of reality television.

Read more: Kim Kardashian apologises for her viral ‘get up and work’ advice to women in business

The Kardashians denied any wrongdoing and said in court filings that they had legitimate concerns about Chyna and for the safety of Rob given the “violence and toxicity” of the relationship.

Sat in the front row of the courtroom, the Kardashians listened as some prospective jurors aired their negative feelings about them.

‘i don’t think they were the best role models’

“Anything that you have to do with their names is just a big no for me,” one man said. “I don’t think reality TV is good for society.”

Another said: “I sincerely hope none of these people get any wealthier because of this,” while one woman said she stopped her teenage daughter from watching their hit TV show, Keeping Up With the Kardashians.

“I don’t think they were the best role models,” she said. “I wouldn’t let her watch anything involving them.”

One panel member said: “I just want to say I have a very negative perception of the parties and I’m not sure I could be unbiased.”

Another noted that he didn’t like the pampered treatment he felt the four businesswomen were getting, with their attorney jumping to their defense to point out there is a “dark side to celebrity.”

The potential juror replied: “Does that mean that they need Fiji water hand-delivered to them as they sit in court?”

Kim, Kylie, Khloe, and Kris did not seem offended by the comments and were seen chatting and smiling during breaks.

Judge not pleased with comments

However, the judge was not pleased with the tone and told the panel, that while he appreciated their honesty, there is a “jury instruction that says the wealth of a party or the poverty of the party doesn’t matter.”

There were some Kardashian supporters in the room as well, with one young woman describing herself as a “pretty big fan.”

“I don’t think I would be able to make an unbiased judgment,” she said.

A young man said he had been watching their show since he was little and felt he would be unable to be “very fair”.

Read more: The world’s most famous reality TV family in pictures as hit show comes to an end

When did Blac Chyna file the lawsuit?

Within a year, the couple were engaged, gave birth to their daughter Dream, and were starring in their own show called Rob and Chyna on E! network.

A second season was being shot when the pair broke up and the show was scrapped. She then filed the lawsuit against the Kardashian family in 2017.

Chyna is also suing Rob, but the differences in her allegations against him prompted the judge to severe that part of the case into a separate trial that will follow this one.