Marvel fans denounce a serious error in the trailer for Thor: Love and Thunder 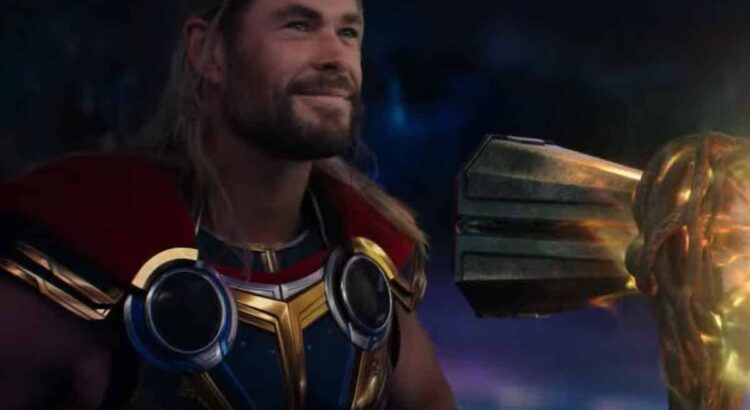 The trailer for Thor: Love and Thunder contains a very serious error within the UCM and Marvel fans have denounced it on social networks.

fans of Marvel Studios have analyzed in depth the trailer of Thor: Love and Thunder and they have identified a rather important inconsistency. It has nothing to do with Goddess of Thunder from Natalie Portman or the absence of Christian bale What Gorr the Butcher of Gods. It’s about the blue eyes of Chris Hemsworth. There are a couple of shots in the preview of Taika Waititi in which we see the blue eyes of the actor. However, the last time we saw him in Avengers: Endgame his right eye, the one that was false, was brown. Why the change?

The Asgardian god lost his right eye at the end of Thor: Ragnarökwhen he fought with his sister Hello. Marvel’s raccoon named Rocket gave him a false eye to wear instead of the patch on Avengers: Infinity War and the God of Thunder took it in Avengers: Endgame. This new eye was brown in color, which made it stand out more next to her blue eye. He had a kind of heterochromia. However, now in Thor: Love and Thunder His eyes are the same color again. ¡we share it here!

Why does Thor have his blue eyes in the new trailer? The artificial eye was a different color#ThorLoveAndThunder #thorloveandthundertrailer #thor pic.twitter.com/qTLOq74hoO

They really forgot about Thor’s different color eyes in the trailer….. pic.twitter.com/y8CwNfXxjR

When did Thor’s eyes match again after he lost it in Ragnarok? I know he had an orange one in Infinity War that he got from Rocket but did they mention a new eye in Endgame? pic.twitter.com/RQRcpECeSP

and thor has both eyes again? the other one isn’t brown i’m so confused pic.twitter.com/lV2vp1gtIb

why is no one talking abt how thor has two blue eyes again did I fucking miss something #ThorLoveAndThunder pic.twitter.com/MTEFEjfFwP

What will have happened for her to have blue eyes again?

As you have seen, fans of Marvel Studios have denounced this serious error on social networks. Did they make a mistake in the trailer for Thor: Love and Thunder? Most likely, this can be explained narratively in the movie itself. The Asgardian god himself could have found himself a new false eye that matches the color blue. However, some viewers believe that Taika Waititi has made a continuity error. Be that as it may, we will have to wait to see the movie to find out. In fact, although fans explain it, they have already denounced it on networks as a possible error.