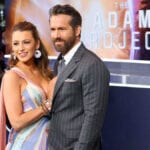 Netflix may be planning to crack down on password sharing in the near future, telling shareholders during its Q1 earnings report Tuesday it estimates roughly 100 million households worldwide receive Netflix through password sharing, including 30 million in the US and Canada alone.

The company on Tuesday noted this as one of the factors it suspects has led to slower subscriber growth, reporting that in the first fiscal quarter it lost roughly 200,000 subscribers, dropping from 221.64 million from 221.8 in Q4 of 2021. And its current projections for next quarter could be even worse, potentially falling another 2 million.

“Account sharing as a percentage of our paying membership hasn’t changed much over the years, but, coupled with the first factor, means it’s harder to grow membership in many markets – an issue that was obscured by our COVID growth,” the company wrote.

Netflix also pointed to a recent pilot program that it launched in March in Latin America around paid sharing features, including the option to pay to share Netflix outside of your own household. And they suggested to subscribers that they’ll be looking for ways to better “monetize sharing,” or crack down on people who obtain Netflix primarily through sharing accounts.

“We’ve always tried to make sharing within a member’s household easy, with features like profiles and multiple streams. While these have been very popular, they’ve created confusion about when and how Netflix can be shared with other households,” the letter reads. “There’s a broad
range of engagement when it comes to sharing households from high to occasional viewing. So while we won’t be able to monetize all of it right now, we believe it’s a large short- to mid-term opportunity.”

Netflix in its earnings mentioned four different factors that are leading to the slowdown in subscriber growth, including factors beyond the streamer’s control (“like the uptake of connected TVs…the adoption of on-demand entertainment, and data costs), the aforementioned password sharing , competition with both linear TV and other emerging streamers and even macro factors like the Ukrainian war. Netflix added that longer term, it views international growth in other markets, beyond just exporting US content, as a way to target future growth. 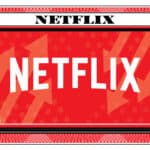