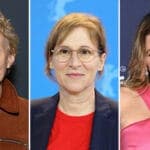 Alex Garland’s “Men,” Mia Hansen-Love’s “One Fine Morning” and Alice Winocour’s “Paris Memories” are among the films that will screen in the independent Directors Fortnight section at the 2022 Cannes Film Festival, Directors Fortnight organizers announced at a press conference in Paris on Tuesday.

Garland, the director of “Ex Machina,” will be making his Cannes debut with “Men,” while Hansen-Love will be returning to a different section of the festival where she was in the main competition a year ago with “Bergman Island. ”

Other films include Owen Kline’s “Funny Pages,” produced by the Safdie brothers. Of the 23 films announced on Tuesday, 11 have female directors.

Previously, Directors Fortnight announced that Pietro Marcello’s “L’envol” (“Scarlett”) would serve as the opening screening in the section.

Directors Fortnight is an independent section that runs concurrent with the main Cannes Film Festival. It was launched in 1969 on the heels of the protests that had swept France and halted the previous year’s festival, and was designed to spotlight more adventurous and unconventional voices in cinema.

In recent years, the Fortnight has had a variety of artistic directors: Frederic Boyer, Edouard Waintrop and Paolo Moretti, who took over in 2019 but will leave after this year’s festival as the governing body, the Societe des Realisateurs de Films, says it will “thoroughly” reconsider the section’s name and purpose.

One additional feature film, which comes from an Asian director, could not be announced because of what Fortnight organizers said were “technical reasons.” Short and medium-length films in the section will be announced next week.

The other main independent section, International Critics Week, will announce its lineup on Wednesday. 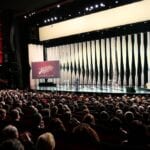