Patton Oswalt Comedy ‘I Love My Dad’ Acquired by Magnolia 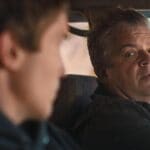 James Morosini’s “I Love My Dad,” a comedy starring Patton Oswalt has been acquired by Magnolia Pictures, the distributor announced Tuesday.

The film recently won the Grand Jury prize at SXSW 2022. Magnolia has set a release for theaters on August 5 and on demand on August 12.

“I Love My Dad” is the feature debut by writer, director and star Morosini (also an actor known for “The Sex Lives of College Girls”), and the film stars Oswalt as an estranged father who, desperate to reconnect with his depressive son, inadvertently catfishes him online, pretending to be a waitress that his son inevitably falls for. The screenplay is based on Morosini’s own, his true-life relationship with his father.

The narrative feature jury for the festival, which was led by Sheri Linden, Siddhant Adlakha and Jenelle Riley, said that “I Love My Dad” is a “bold, funny film” and an “impressive” debut.

“Morosini displays massive empathy as a filmmaker to get into the mind of the father he feels betrayed by, and also as an actor portraying the impact of that betrayal. He’s aided by a great cast, particularly Oswalt,” the jury wrote.

The film was fully financed and produced by Hantz Motion Pictures, with Burn Later Productions, in association with American High.

The deal was negotiated by Magnolia EVP Dori Begley and SVP of Acquisitions John Von Thaden, with Verve on behalf of the filmmakers.

admin
See also  How all the boys 3 prepares a sequel