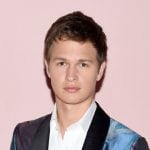 While “West Side Story” has launched the career of Rachel Zegler, the actress said that the press tour for the Oscar-winning film was a “gut punch” because of all the questions she got about co-star Ansel Elgort’s sexual assault allegations.

In an interview with Elle MagazineZegler discussed the anxiety that she felt in June 2020 when reports first surfaced that Elgort had been accused of raping a 17-year-old girl in 2014 and she began to get questions from reporters and on social media about him, whom she shared the screen with as Maria and Tony in Steven Spielberg’s take on the classic Broadway musical.

“I was sitting there, having just turned 19, on the precipice of what was promised to be the biggest moment in my life, and was being held accountable [by the public] for accusations that not only had nothing to do with me but were made about a situation that was said to have occurred [five] years prior to when I had met and worked with this person,” Zegler said. “With no thought to the fact that I was also 17 when I met this person, 17 when I worked with them, 17 and 18 when I had to do love scenes.”

“[There is] inherent discomfort that comes with that realization that there are tons of people who think that you have to answer for the actions of an adult male who can speak for himself,” she continued.

Elgort has denied all wrongdoing and was not present at this year’s Oscars, where “West Side Story” was nominated for Best Picture and won Best Supporting Actress for Ariana DeBose’s performance as Anita. He did appear at the film’s premiere in New York back in November.

Zegler told Elle that she’s kept perspective when it comes to Elgort’s allegations, saying that she expresses sympathy for the actor’s accuser and recognizes that the trauma she experienced was far worse than her own. 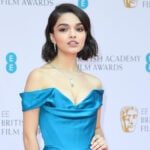 “If I’m sitting here thinking that those days were traumatizing for me, I don’t pretend to know. I could never know,” Zegler said. “I really don’t have anything to do with this conversation, and I’m looking forward to moving past it.”

Zegler will appear later this year in Warner Bros./DC’s “Shazam: Fury of the Gods” and is set to play Snow White in an upcoming Disney remake of “Snow White and the Seven Dwarfs.”