The crazy training of Tom Cruise and his team for ‘Top Gun: Maverick’ 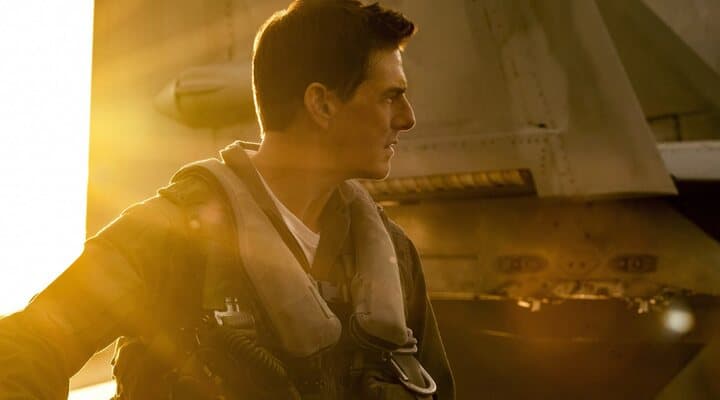 Recently, Paramount Pictures has released a video about the intense training Tom Cruise and the rest of the cast of ‘Top Gun: Maverick’, directed by Joseph Kosinski, underwent. “I wasn’t ready to do a sequel until we had a story worth telling, and until the technology had evolved so that we could go deeper into the experience of a fighter pilot”tells the actor of the ‘Mission Impossible’ saga.

Cruise designed a “aeronautical training” for Miles Teller and the rest of the cast, making them perform risky maneuvers with different planes until they reach the brand new F-18 Super Hornett (which is the one they pilot in the film). The star put the actors to the limit to challenge their “spatial perception” and its reflections inside a jet. In addition, Cruise explains that they had to go through a “demanding submarine program” of the Navy, since “if you eject, you have to be able to survive underwater”.

Producer Jerry Bruckheimer it highlights the importance of training, since the action scenes had to look real. “The aviation sequences had to be authentic, so the actors underwent three months of training”Bruckheimer says.

Kosinski has also spoken in the video that “The actors had to learn to handle the cameras, since when they are inside the plane they are the ones who have to direct”. Not only did they have to know how to use a film camera, but they also had to take into account the lighting of the environment, the angle, etc.

The film will be the continuation of the unforgettable ‘Top Gun. Idols of the air’ of 1986 directed by Tony Scott. It will take place after more than thirty years since the original story and will follow in the footsteps of intrepid pilot Pete “Maverick” Mitchell. Scott himself was going to direct this sequel again, but his death in 2012 stopped the project and buried the hopes of fans and the rest of the team. However, Kosinski took over the film and carried on Scott’s legacy; without forgetting to make a private projection so that Ridley Scott, brother of the deceased, gave his approval to the tape.

Kosinski has spoken with Empire about the shooting of the film and has stated that have been recorded until “800 hours of stuff”which would be like “all three ‘Lord of the Rings’ movies together”. “In a day of 12 or 14 hours of recording, we could get 30 seconds of good material”explained the manager.

The movie It will be released in theaters on May 26 after its premiere, its time at CinemaCon in Las Vegas on April 28, and its screening at the Cannes Film Festival.