‘The Goldbergs’ Will Be Back for 10th Season 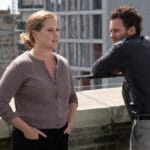 “The Goldbergs” will be back for a 10th season, ABC announced on Tuesday.

The show will continue to focus on the Goldberg clan, led by mom Beverly (Wendi McLendon-Covey).

The series was created by Adam F. Goldberg, whose on-air stand-in is played by Sean Giambrone.

A premiere date for the 10th season has not yet been announced yet.

This Wednesday’s, Beverly decides to join Adam and Brea (Sadie Stanley) on their much-anticipated beachside vacation in Miami to take care of Pops’ (George Segal) possessions at his Florida condominium. Meanwhile, Barry (Troy Gentile)’s celebratory joy after acing the MCAT is short-lived after Erica (Hayley Orrantia) becomes the local hero when she saves a man from choking at the mall food court, per ABC.

Segal, who played Sean’s beloved grandfather, died on March 23, 2021, and his character received an emotional farewell on the sitcom.

Jeff Garlin exited the show earlier in Season 9 after playing the family patriarch. In an interview with Vanity Fair, that ran in Dec. 2021, he acknowledged he had been investigated by HR telling the publication, “there has been an HR investigation on me the past three years. HR has come to me three years in a row for my behavior on set.” I have exited the series a couple weeks later.