The incident of Johnny Depp’s amputated finger on trial: his doctors speak 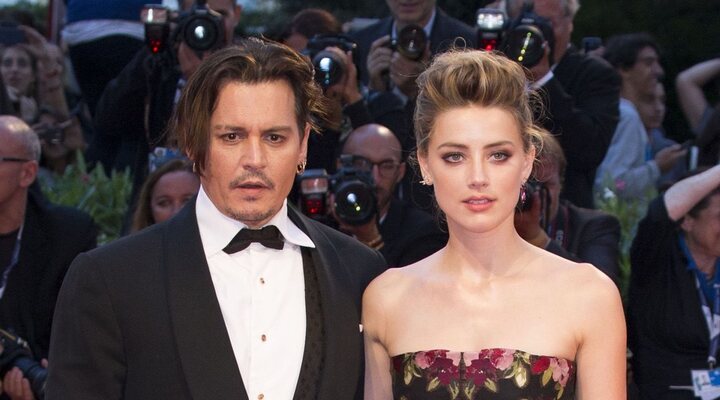 The trial between Johnny Depp and Amber Heard is one of the media events of the moment. The star of ‘Pirates of the Caribbean’ has sued his ex-wife for defamation for an opinion piece that she had written in 2018 for the Washington Post. Now, Johnny’s doctor and nurse have talked about an event of which there would have been different versions: the one with the severed finger.

This incident takes us back to 2015 when the couple was in Australia while Depp was filming ‘Pirates of the Caribbean: Salazar’s Revenge’, the latest installment in the saga. The actor claims that during an argument the actress threw a glass bottle at him, breaking and severing the tip of his middle finger.

Instead, Heard denies that this was the case and claims that Depp must have cut his finger hitting a phone. In addition, she testifies that during that fight, Depp hit her and sexually assaulted her. He also accused him of raping her on another occasion. On the other hand, the actress’s lawyers have shown text messages in which Depp claimed to have cut her finger himself with a knife.

Depp’s doctor, David Kipper, testified on video that he cleaned Johnny’s wound that day and then led a search for his severed finger. The doctor claims that it was the cook who found him. “He said he found it in the kitchen”and added that “there was blood all over the house”. He also notes that Heard was very upset, but that she saw no marks of injury and that she did not call for medical help. She did call for help in another incident in 2015 when she claimed to have hit her head, but doctors found no superficial injuries.

Debbie Lloyd, one of Kipper’s nurses, says the broken finger was taken to the hospital emergency room, where the actor underwent surgery to reconstruct it. She and the doctor were hired to help Depp with his drug and alcohol problems, though it wasn’t easy. In Lloyd’s medical notes, the nurse noted that “the patient expressed fears that he would never be able to feel normal without the drugs”. He also says that the actor experienced “spasms, aches and chills” during your detoxification treatment.

Sean Bett, one of the plaintiff’s security guards, also testified at trial and defined the relationship between Depp and Heard as “toxic”. Bett stated that Heard often started the arguments and followed Depp around the house while he tried to avoid her. She also showed photos of alleged physical injuries that the actor would have suffered as a result of two arguments in March and December 2015.

The bodyguard told the jury that The relationship between the two stars began well, but it was transformed into a cycle of “constant discussions”. One day, when Bett was taking Heard home, he said the following to her: “This can’t go on like this. You’re going to end up either killed or in jail”.

The trial between Depp and Heard is taking place in Fairfax, Virginia and can be followed through Court TV. The actor has claimed the sum of 50 million dollars from his ex-wife. In response, Heard filed a countersuit, also for defamation, for $100 million. The contest is expected to last about six weeks.