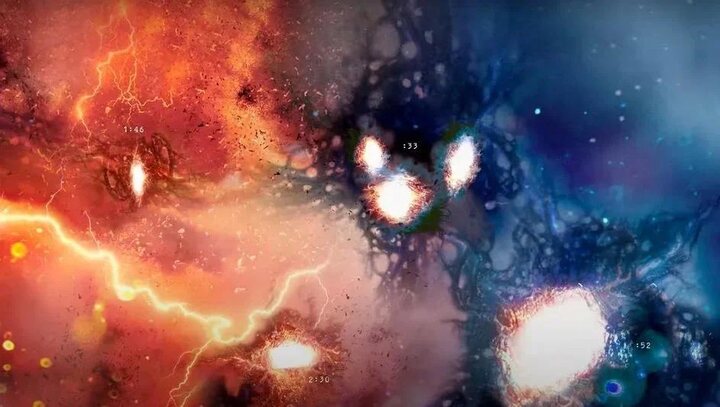 It is increasingly clear that nothing, but absolutely nothing, escapes a good fan with a computer in front of him, no matter how hidden the message is. Now it seems that the followers of ‘Stranger Things’ have found a hidden surprise in the trailer for the fourth season, but if you blink you miss it (and if not, too). It’s just one frame of a series of cosmic clouds in the video that according comic bookfreezing it reveals 4 timestamps that match 4 scenes from the trailer.

The marks are 1:46, :33, 2:30, and :52, which match Mike (Finn Wolfhard) watching the authorities take Eleven (Millie Bobby Brown), Max (Sadie Sink) reading a letter at Billy’s grave; new character Eddie Munson (Joseph Quinn) running a game of ‘Dungeons and Dragons’; and Dustin (Gaten Matarazzo) and Mike in the stands at Lucas’s (Caleb McLaughlin) basketball game. What does this all mean? Well, to know, but we can guess that these are four very relevant moments in the plot and that is why Matt and Ross Duffer have highlighted them in this way.

As we already told you here, the villain of the fourth season is called Vecna ​​and is inspired by the game ‘Dungeons and Dragons’, but now the Duffer brothers have expanded a little information about him in an interview with Entertainment Weekly. Apparently Victor Creel, the character of Robert Englund, is directly linked to the monster since he moved to Hawkins in the 50s and his life became chaotic: “What happens in the house [de Creel] it’s critical to understanding what’s been going on at Hawkins all these years.”says Ross Duffer, describing it as an evil presence in his attic. But it is that on top of that Vecna, who was once human, but ended up mutating due to his exposure to the Upside Downdoes not come alone, but brings with him an army of unconventional sentinels, a kind of demonic bat: “Perhaps only one of them is not very dangerous”notes Matt Duffer, “but when there are hundreds and hundreds of them flying at you at the same time, they are very, very deadly, and they also have the ability to act as spies, so you might not see there’s one in a tree, and it spies on you, and then all of a sudden, because it’s all a hive mind in the Upside Down World, all the monsters know where you are.”

About the appearance of the character, Barrie Gower, production designer of the series, explains that he is a “humanoid that has basically integrated all sorts of shapes and textures from the Upside Down World. It has roots and vines and organic forms and muscular and fibrous tissue”. To shape it, Gower began by basing himself on the actor who embodies him, making sure the prosthetics were perfect, and his team spent weeks molding fiberglass and resin: “There’s still a lot of a human being underneath and we included panels of flesh that are very pale, almost anemic. The idea really is that the exposed flesh that is pale is human skin that hasn’t seen sunlight in the last 20 years.” .

The first part of the fourth season of ‘Stranger Things’ arrives on Netflix on May 27 and the second on July 1.