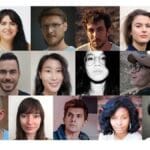 Students and faculty at Chapman University are grieving the loss of 29-year-old Peng Wang, a student cinematographer who died when a dune buggy crash during a shoot on a USC student film.

A group of four students was traveling in a 2022 Can-Am Maverick UTV along the side of a sand dune on April 15, when “for reasons still under investigation, the Can-Am began overturning down the sand dune,” the California Highway Patrol canopy KTLA-TV.

Wang, who is originally from China, was a graduate student at Chapman’s Dodge College of Film and Media Arts. He was scheduled to receive a master’s degree in fine arts this spring.

Wang had been assisting three USC School of Cinematic Arts students as a cinematographer on a production in the Glamis sand dunes in Imperial County. The vehicle was carrying all four students when it rolled over and crashed, the CHP said. The USC students were wearing safety harnesses, but Wang was not and was partially ejected from the vehicle.

It’s currently unclear whether the USC students were filming a school project or were working on a production of their own.

Stephen Galloway is dean of the Dodge College of Film and Media Arts. I have told the Orange County Register that Chapman is now reviewing its policy of allowing students to help film movies for those students at other Universities, which is apparently a common practice. He added that existing Chapman rules would not allow someone to shoot from a moving vehicle without being restrained by a harness.

“We have extreme protocols for safety. We would not allow a shoot without every aspect of safety being covered,” Galloway said.

The Register reported Wang had volunteered to work on the USC project.

According to Galloway, the Chapman community has been left grief stricken by Wang’s death. “Our students were in tears,” he said.