Mary Margaret Out at EW, Patrick Gomez In 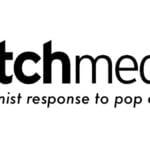 A year after becoming Entertainment Weekly’s first female editor-in-chief, Mary Margaret is stepping down from the role. She’ll be replaced by EW executive editor Patrick Gomez, who has been named to the position of General Manager, an individual with knowledge of the situation told TheWrap on Tuesday.

A representative for Margaret did not immediately respond to TheWrap’s request for comment.

Margaret will stay through the end of May before handing over the reins to Gomez, who has been in charge of TV and music coverage for the past year. He previously worked for 10 years at EW’s sister publication, People, and served as editor-in-chief of The AV Club.

After 32 years, EW transitioned to digital-only last month, along with five other Dotdash Meredith properties, including InStyle.

“Patrick is absolutely the right person at the right time to lead one of our most iconic entertainment brands,” said Leah Wyar, president of Dotdash Meredith’s Entertainment Group, in a statement to Variety, who first broke the news. “His strong digital know-how, deep knowledge of entertainment and celebrity news, and pop culture prowess make him the perfect person to lead this next chapter of digital growth.”

Before EW, Margaret was senior director of product marketing at HubSpot, oversaw product content strategy teams for Facebook and served as Roku’s first editorial director. She began her journalism career at Newseek’s London bureau and went on to hold senior roles at People and Parade.

“I want to thank Mary Margret for leading during a pivotal time in the brand’s history and bringing more than a decade of entertainment-insider expertise, business acumen, and multimedia knowledge to continue EW’s legacy as the leading authority in entertainment,” Wyar said.

Margaret filled the void left by previous EIC JD Heyman, who exited in November 2020 following reports of a hostile workplace. 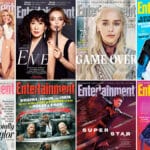 EW’s parent company, Meredith, was acquired last last year by digital publisher Dotdash. The former About.com, which was itself acquired in 2012 by IAC, Barry Diller’s holding company. EW began as a Time Inc. publication in 1990. Meredith bought out Time Inc. in 2018.