The most watched series in English on Netflix: ‘The Bridgertons’ sweeps its season 2 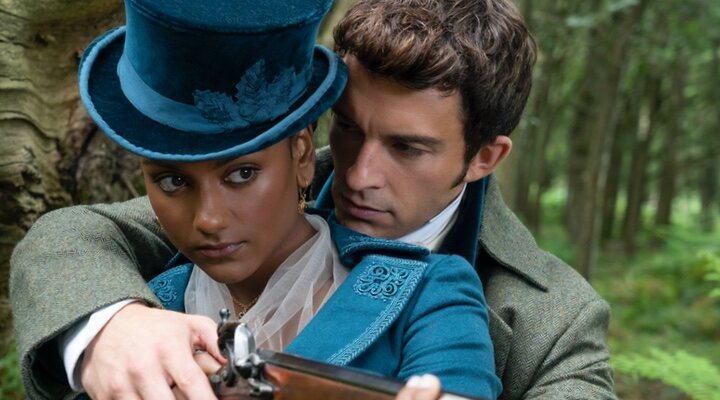 Many fans of ‘The Bridgertons’ already defended him: Anthony and Kate like each other better. Now what was a general feeling has become something tangible thanks to the figures provided by Netflix, a streaming platform whose peak has been conquered by the second season of this series. Created by Chris Van Dusen for Shondaland, producer of Shonda Rhimes (‘Grey’s Anatomy’, ‘Scandal’), said television fiction focused on romance and set in the Regency era, has completely swept its most recent episodes, becoming the most popular English series on Netflix.

Visualizations have spoken: With more than 627.11 million hours watched, Kanthony has managed to dethrone the first season that explored the romance between Daphne and her Duke. 625.49 million hours recorded season 1 in the same time frame, something that now leaves those episodes in second position, and makes this television fiction the first to occupy the first two positions of that list of the most popular in English. Netflix raises its Top 10 based on the hours viewed in its first 28 days. The case of ‘The Bridgertons’ has been meteoric: it has reached the top with four days to spare. In addition, the aforementioned season 2 has broken other records since a week after its launch it became the most watched English title in 7 days, with 251.74 million hours.

Of course, when it comes to the most popular series in general, ‘The Squid Game’ remains unbeatable with the scandalous sum of 1,650 million hours viewed in its first 28 days, something before which Kanthony has had nothing to do. Even so, ‘The Bridgertons’ is already a phenomenon as the successful Korean series was, and not only does it show iron health by surpassing itself with all those views, but it does so by giving a boost to British tourism. Given all this, of course, Van Dusen cannot hide his enthusiasm by declaring in Twitter that the viewers’ response to this series will never cease to amaze you. “Thanks to all the team that worked on the season, And thanks to all of you for turning up!“He says addressing his followers.

Since season 2 of ‘The Bridgertons’ was released on March 25, the debate has been served regarding the radical decrease in explicit scenes. But what seemed like it was going to become a complaint and/or an impediment for the spectators, has ended up being somewhat unimportant before the interpretations of Jonathan Bailey and Simone Ashley, who have managed to transmit fire just by looking at each other.

Bailey himself also argued that “what you lose in sex scenes you gain in a deeper human understanding” and underscored her dedication to the season two heartthrob by adding how he brought it to one of the key sex scenes. “[La línea de diálogo en la que] Anthony says, ‘I’m going to stop. I’m going to stop’, it wasn’t written, and that’s something we decided to add, because I think it’s really important that he is respectful and understanding“.

Lizzy Talbot, choreographer of the intimate moments shared by the couple also wanted to comment on this, recalling that “We see a different intimacy than Daphne and Simon because that couple gets married much earlier in the first season”. We will see what seasons 3 and 4 have in store for us, which have already received the green light on Netflix.