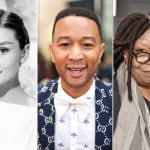 Additionally, eligibility for shows opening in the 2021-2022 season has been extended to Wednesday, May 4.

“Due to the challenges that Broadway has faced in recent weeks, and in an effort to allow nominators to see Tony eligible shows, we have decided to extend the deadline for eligibility requirements. Therefore, the Tony nominations will now take place on Monday, May 9th,” Charlotte St. Martin, president of the Broadway league and Heather Hitchens, president and CEO of the American Theater Wing, said in a statement to TheWrap.

The nominations announcement will take place on the official Tony Awards You Tube pageat 9:00 a.m. ET/6:00 a.m. PT on May 9.

The meet the nominees event will now take place on Thursday, May 12.

The ceremony, which will be held at New York City’s Radio City Music Hall, will honor the best of Broadway in a season that got off to a late start due to the gradual reopening of theaters last summer and fall amid the COVID pandemic.

The ceremony will kick off with an hour of exclusive content streaming only on Paramount+ beginning at 7 pm ET/4 pm PT, followed by a three-hour ceremony airing live on CBS as well as streaming on Paramount+ from 8-11 pm ET/5 -8 p.m. PT. In recent years, the Tonys have handed out most below-the-line categories outside of the main CBS broadcast, announcing those winners during the broadcast.

See also  Top 10 Singles: Where Are They Now?

The ceremony, jointly presented by The Broadway League and the American Theater Wing, will recognize new shows that have opened since Broadway reopened last fall.

This year’s contenders include big musical revivals like “The Music Man” with Hugh Jackman and Sutton Foster,” “Funny Girl” with Beanie Feldstein and “Company” with Katrina Lenk and Patti LuPone.