‘Spider-Man: Crossing the multiverse’ shows a first look and gives title to its part 2 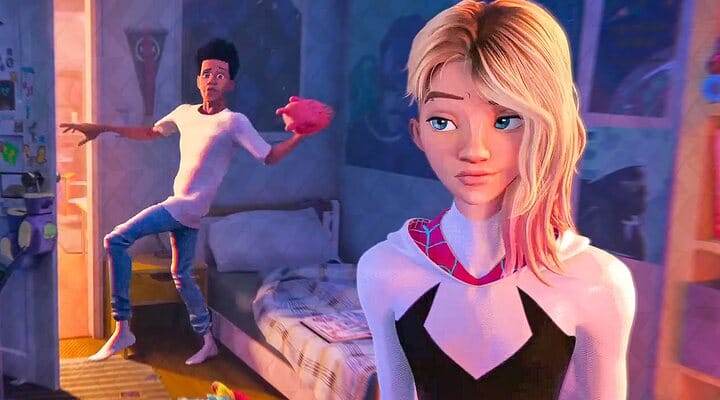 There’s a lot going on around Sony’s ‘Spider-Man’ animated universe. The first of these is that producers Phil Lord and Chris Miller presented at CinemaCon what would be the first 15 minutes of ‘Spider-Man: Crossing the Multiverse’. Almost everything they showed was based on storyboard images or some animation fragments in its early phase.

? @philiplord and @chrizmillr were beyond excited to share #SpiderVerse updates during @SonyPictures‘ presentation at #CinemaCon.

In addition, it has been revealed that the sequel to ‘Spider-Man: A new universe’ will have a total of 6 universes and 240 characters (unlike its predecessor, which had only 40 characters), among which we have already been able to see the villain Vulture and Spider-Man 2099 in the excerpt presented by the producers. This is one of Sony’s most ambitious projects.

And if that was not enough, the company has also revealed the official name of the third installment of the trilogy, ‘Spider-Man: Beyond the Spider-Verse’. In the tweet published by the official account of @SpiderVerse we can see the producers Lord and Miller during their presentation at CinemaCon and also the titles and release dates of the next sequel to the saga, which is being considered in two parts.

Lord and Miller they had already spoken with ew that each universe was going to have its own style and feel “totally different from the others”. It is one of the most powerful weapons that Sony has for its animated Spider-Man trilogy. The success of the first installment was materialized when the Academy awarded it the Oscar in the category of Best Animated Film, which is undoubtedly a recognition of the originality of the graphic style of the film, and it is something that Sony will get a lot out of. more party in the two sequels.

See also  Will Smith Opens Up About Slapping Chris Rock at the Oscars: 'I Lost It'

At CinemaCon, Sony also announced another new installment in the Spider-Man Universe and a new character. for the saga who will give life to neither more nor less than the singer (and now also an actor) Bad Bunny.

* If you do not want to know anything about ‘Spider-Man: Crossing the Multiverse’read no further!

What is shown in the revealed fragment?

TheWrap account that we are in the universe of Gwen Stacy (Hailee Steinfeld), Earth-65. Let’s remember that the universe in which we started in the first film was Earth-1610, the universe of Miles Morales (Shameik Moore).

Gwen has a conversation with her father, a police chief who is hell-bent on catching Spider-Woman (not knowing she is his daughter). Suddenly, Vulture attacks the city. The villain, who had already made his appearance in the MCU with Michael Keaton, appears in a sepia color palette that contrasts with the general style of Gwen’s dimension; that is, he comes from another universe. Spider-Woman confronts Vulture, but as the villain is about to land a killing blow, she is rescued by Spider-Man 2099. (Oscar Isaac). 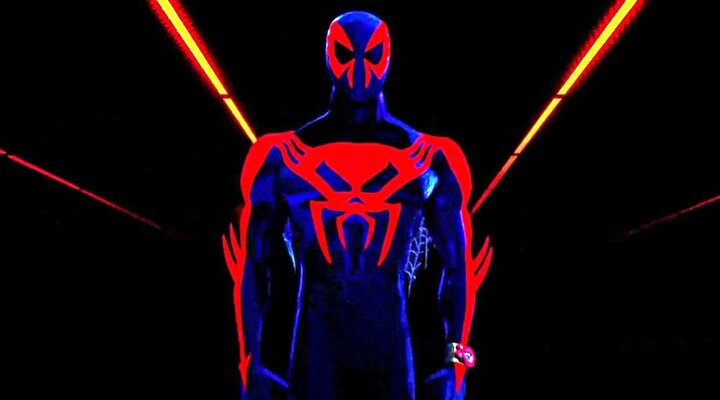 the new spider man He explains to Gwen that their final fight in the previous movie had opened rifts in the multiverse, giving the villains access to new dimensions. Later, Jessica Drew, the Spider-Woman of Earth-404, appears, helping the other two heroes to subdue Vulture.

The scene ends with Gwen’s father cornering her and she is forced to remove her mask. As the cop is about to arrest his daughter, the other two show up and rescue her, throwing themselves into a portal into the multiverse.

‘Spider-Man: Crossing the Multiverse’ was originally going to be released on October 7, 2022, but Sony announced a change in its date. The next installment in the trilogy will hit theaters on June 2, 2023.while the third will arrive on March 29, 2024.