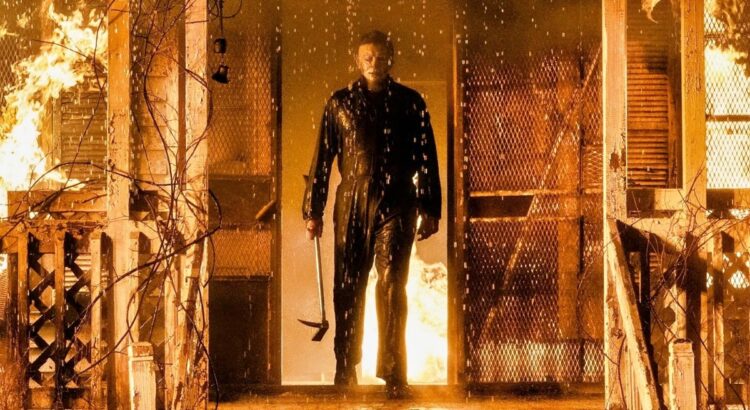 Jamie Lee Curtis arrived at CinemaCon to tease “Halloween Ends,” the final chapter in David Gordon Green’s revival trilogy of a classic horror franchise and what she says will be “Laurie Strode’s last stand.”

“Momma’s getting tired,” she quipped about her final round in her most famous role. “Oh, don’t worry, it’s going to be fine…nah, it’s going to f— you up.”

The first-look trailer began with footage from that famous debut by Curtis in “Halloween” in 1978 before fast forwarding to 2022, where Laurie Strode is recovering in the hospital unaware that Michael Myers has slaughtered dozens in her town during the events of “Halloween kills.”

Now, in “Ends,” Strode is seen hiding from Michael in a closet, and this time, it is her doing the jump scare, attacking Michael and roaring at him as she stabs him in the hand. In the final shot, perhaps as a sign of how a bit of The Shape has rubbed off on her, we see Laurie staring at a pinned-down Michael with a cold gaze, holding the same kind of knife he chased her with all those decades ago over his head from her.

Curtis shared the stage with a pair of 19-year-old employees from Alamo Drafthouse, profusely thanking them and all the CinemaCon attendees for all their work keeping movie theaters open. In a speech before the sneak peek at the capper trilogy, Curtis got emotional talking about how much movie theaters have meant to her.

“When you scream, you scream louder when people are near you. When you feel something, you feel deeper when other people are right next to you. You don’t get that experience with movies in your living room. You get it in movie theaters.”