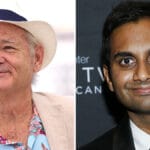 Bill Murray is speaking out after production on his film “Being Mortals” was suspended last week due to a complaint about the actor’s behavior, saying the experience has been “quite an education for me.”

In a Saturday interview with CNBC, Murray blamed the incident on a “difference of opinion” between himself and a female collaborator on the film. “I did something I thought was funny and it wasn’t taken that way,” he said.

“As of now we are talking and we are trying to make peace with each other,” he continued, without naming the woman or identifying her position. “We are both professionals, we like each others’ work, we like each other I think and if we can’t really get along and trust each other there’s no point in going further working together or making the movie as well. It’s been quite an education for me.”

Murray said he feels optimistic that he and the woman “are going to make peace.” Should production summarize, he said he will only participate if the woman involved in the incident is comfortable with it.

“What would make me the happiest,” he said, “would be to put my boots on and for both of us to go back into work and be able to trust each other and work at the work that we’ve both spent a lot of time developing the skill of.”

Last week, Searchlight Pictures notified the “Being Mortal” cast and crew that production was being suspended while they investigated the incident. “Late last week, we were made aware of a complaint, and we immediately looked into it,” read the letter. “After reviewing the circumstances, it has been decided that production cannot continue at this time.”

The film was set to be Aziz Ansari’s directorial debut, with Ansari, Murray, Seth Rogen and Keke Palmer starring. Producing alongside Youree Henley, Ansari also wrote the script, which is based on Atul Gawande’s book “Being Mortal: Medicine and What Matters in the End.”

At the time of the shutdown, production was about halfway over. No change to the release date, slated for 2023, has been announced.