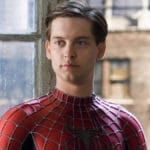 Filmmaker Sam Raimi had exciting plans for his “Spider-Man 4” film that was scrapped in favor of Sony making the Andrew Garfield-led “The Amazing Spider-Man.”

It’s well known that the “Evil Dead” director was planning on returning to direct another “Spider-Man” movie with Tobey Maguire after “Spider-Man 3,” and that the planned sequel was scuttled during development in favor of rebooting the character from scratch.

Now more details about what Raimi had planned for “Spider-Man 4” have surfaced, as the “Doctor Strange in the Multiverse of Madness” director confirmed he was considering having Bruce Campbell play Mysterio in the next film – and introducing another iconic Spider- Man villain.

“We had other things in mind, too, but that was one of them,” Raimi told rolling stone. “And I missed Kraven the Hunter. We were going to work that character into the next ‘Spider-Man’; I always wanted to see Kraven fight Spider-Man on the big screen. I thought that would be really unique. He’s the ultimate hunter, and Spider-Man is like the most agile trickster of the skies. And I wanted to see Peter continue forward as a human being.”

Raimi also told Rolling Stone that he saw “Spider-Man 4” as a potential shot at redemption after “Spider-Man 3,” which was maligned by critics and audiences alike despite grossing nearly $900 million at the box office.

“It was a very painful experience for me,” Raimi said. “I wanted to make a Spider-Man movie to redeem myself for that. [The aborted] ‘Spider-Man 4’—that was really what that was about. I wanted to go out on a high note. I didn’t want to just make another one that pretty much worked. I had a really high standard in my mind. And I didn’t think I could get that script to the level that I was hoping for by that start date.”

Raimi had John Malkovich in negotiations to play the villain Vulture and Anne Hathaway in talks to play Black Cat in “Spider-Man 4,” but he didn’t want to rush the sequel at the expense of the story. Unable to meet the studio’s deadline, Raimi bowed out in 2010 and Sony immediately moved forward with the “Amazing Spider-Man” reboot that James Vanderbilt had been writing at the same time that Sony was developing “Spider-Man 4.” 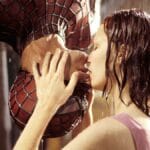 That reboot spawned two Garfield-led films, with Sony then rebooting the character again (this time with Marvel Studios’ help) with Tom Holland in 2017’s “Spider-Man: Homecoming.”

Kraven the Hunter, meanwhile, will make his big screen debut in his own solo film from Sony Pictures with Aaron Taylor-Johnson starring and JC Chandor directing. That film, like “Venom” and “Morbius,” is not connected to the Disney-controlled MCU and exists in its own separate universe.

As for Raimi, his first film in nearly a decade – the MCU sequel “Doctor Strange in the Multiverse of Madness” – opens in theaters on May 6.