How to Watch the 2022 Met Gala Red Carpet Online 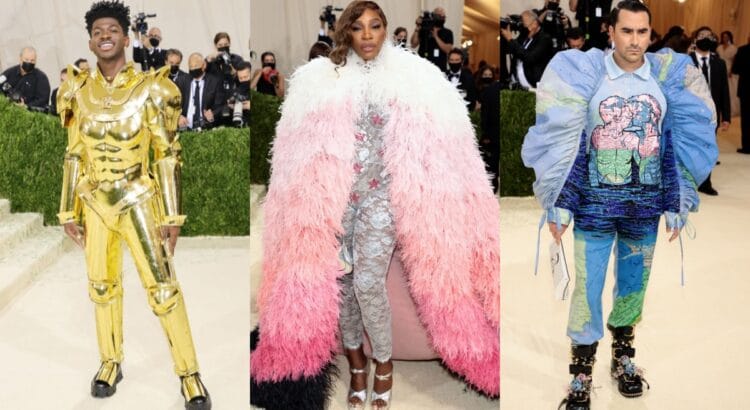 Believe it or not, another Met Gala is upon us.

As a result of the pandemic-related delays, 2022’s star-studded event is taking place just eight months after the 2021 gala, which celebrated the theme of “In America: A Lexicon of Fashion.” On Monday evening, celebrities like Megan Thee Stallion and Katy Perry will flock to New York City’s Metropolitan Museum of Art to show off their best, brightest and boldest looks.

While the charity dinner itself is not televised (and according to technical rules, closed to photography — though A-listers often skirt those guidelines for selfies), the red carpet is available to stream on numerous websites and social media platforms.

Below, TheWrap breaks down everything you need to know about high couture’s most coveted night:

When is the Met Gala taking place?

The fundraising celebration will be held on Monday, May 2 beginning at 6 pm ET, which marks the fete’s official return to its usual date — on the first Monday of the last spring month — following yearslong pandemic disruptions (last year’s celebration was held on Sept 13). Per usual, the Met Gala will take place at the Met, located in Manhattan’s Upper East Side.

What is this year’s theme?

Last year it was announced that the 2022 Met Gala would be the latter portion of the Costume Institute‘s two-part exhibition exploring the depth and diversity of American fashion. While 2021 strived to exemplify “american independence,” this year’s complementary theme — “In America: An Anthology of Fashion” — is all about “gilded glamor,” promising extravagance and a “white-tie” sensibility.

See also  John Boyega: What To See If You Like The Star Wars Actor

“Dust off Edith Wharton’s ‘Age of Innocence’ and ‘The House of Mirth.’ The 2022 Met Gala will ask its attendees to embody the grandeur — and perhaps the dichotomy — of Gilded Age New York,” reads Vogue’s deep-dive into the event’s theme. “For the upper echelon, fashion during that period was one of excess.”

Andrew Bolton, the head curator of the Institute, said the theme will prioritize inclusivity in fashion, answering the question of “Who gets to be American?” According to Bolton, “The stories really reflect the evolution of American style, but they also explore the work of individual tailors, dress-makers, and designers.”

Who is hosting the red carpet?

Where can I watch the gala carpet online?

Rest assured, there are a couple of online viewing options for fashion fans worldwide.

You can follow along live on Vogue’s live stream of the carpet arrivals online, as well as Vogue’s social media platforms like Twitter, Instagram and Facebook. The publication’s co-hosts are actor Vanessa Hudgens, TV personality La La Anthony and Vogue editor-at-large Hamish Bowles.

AND! News will also host a TikTok livestream that will capture celebrities as they leave The Mark Hotel, a Met Gala invitee hub. And, for those who haven’t cut the cord, the outlet will also host red carpet coverage on “Live from E!”

Who is going to be in attendance?

While the official guest list is kept under wraps until the day of the festivities, we can venture a couple of guesses as to who will and won’t be there, as well as confirm the stars who have spoken about their attendance status.

Page Six confirmed that Megan Thee Stallion will once again be in attendance, donning Moschino. The outlet also reported that, for the first time ever, every Kardashian-Jenner has been invited. katy perry also hinted that she would be at the event. “Euphoria” breakout Sydney Sweeney will also make her gala debut. Speaking of the HBO show, while it’s likely that Sweeney will be joined by some of her co-stars, fan-favorite Zendaya will not be in attendance, citing her busy work schedule.