Johnny Depp vs. Amber Heard: what will the ‘Aquaman’ actress say on the stand? 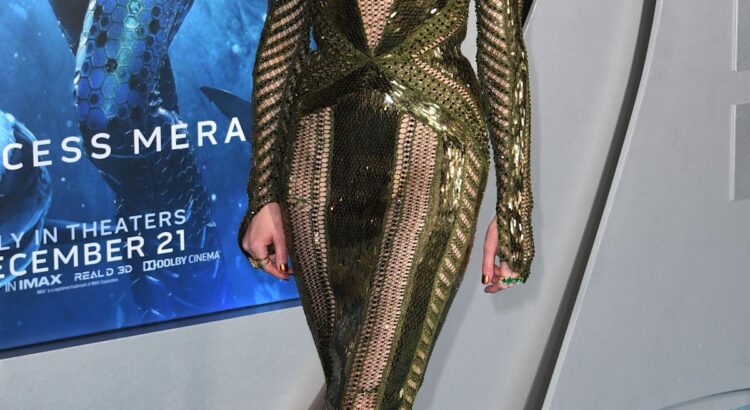 Actress Amber Heard is slated to climb into the witness box this week in Johnny Depp’s explosive $50 million defamation trial to offer her side of their doomed marriage.

Depp, 58, is suing her over a 2018 op-ed she wrote alleging she was a victim of domestic violence, claiming the abuse allegations were an elaborate “hoax” to promote her film “Aquaman” and punish him for leaving her.

She countersued the “Pirates of the Caribbean” star for $100 million, accusing him and his former lawyer of conspiring to destroy her reputation in a series of smear campaigns.

The “London Fields” actress, 36, has remained largely stoic, aside from the occasional eye roll or smirk, as Johnny Depp and a parade of witnesses mercilessly picked apart her character during the trial that opened April 11 in the Fairfax County Circuit Courthouse in Virginia.

But this week it will finally be Heard’s turn to respond as the first witness in the defense’s case – just days after she abruptly fired her PR team.

Heard was reportedly upset over a slew of negative headlines and axed Precision Strategies on Thursday in favor of Shane Communications, according to the new york post.

Her legal team offered a roadmap of her testimony in opening statements, describing Depp as a “monster” who physically, emotionally and sexually abused her during drug-fueled rages.

On a trip to Australia in March 2015, Depp allegedly spiraled out of control after scarfing down at least eight ecstasy tablets, Heard’s lawyer Elaine Bredehoft told jurors in opening statements.

Bredehoft described the couple’s knock-down-drag-out fight that began over a postnuptial agreement as a “three-day hostage situation” that left Depp missing a piece of his finger.

“He rips off her nightgown, he has her jammed up against a bar, he has hurled bottles and bottles at her,” the attorney said. “He has dragged her across the floor on the broken bottles and the liquor from her. He has punched her, he has kicked her, he tells her he’s going to f—king kill her.”

Heard is expected to tell jurors that her ex-husband raped her with a liquor bottle–recounting publicly for the first time the alleged sexual assault.

The “Black Mass” actor has accused Heard of throwing a vodka bottle at him that shattered on his hand, severing the top digit of his middle right finger. Heard has denied it.

The Texas native, whose father was a construction worker, is expected to tell jurors she fell deeply in love with Depp after the two met on the set of “The Rum Diary” and began dating in 2011.

But that he turned into a “monster” when he used drugs and, after years of abuse and fruitless efforts to help him get sober, she finally had enough.

Heard has said that she thought he was going to kill her on numerous occasions, and her lawyers have said she has the photos and text messages to prove it. He allegedly beat her, gave her black eyes and yanked out chunks of hair.

The screen siren’s testimony will likely mirror the claims she made in 2020 on the witness stand during Depp’s libel trial against The Sun newspaper in the UK for calling him a “wife-beater.”

Heard described 14 incidents of alleged domestic violence over a three-year period. The judge ruled that Depp had repeatedly assaulted Heard, leaving her in fear for her life.

Heard says the final straw in their marriage came May 21, 2016, with their last blow-up that led to Los Angeles police showing up at their penthouse.

Depp had stopped by the penthouse to pick up clothes and the two began arguing about the incident.

JOHNNY DEPP RECOUNTS INFAMOUS DEFECATION INCIDENT IN COURT: ‘I COULD ONLY LAUGH’

“He has it in his head that Amber has conspired with her friends to defecate on the bed,” Bredehoft said. Heard called her friend de ella to try to set the record straight and the pair started laughing, allegedly triggering a fresh rampage.

“He started hitting Amber, grabbed her cell phone from her, wound it up and bashed it into her face,” the lawyer told jurors.

Her friend, who was still on the line, called 911, but Heard refused to cooperate when cops showed up.

Three days later, Heard filed for divorce. Six days later she strode into a Los Angeles courthouse to obtain a restraining order against Depp, sporting prominent bruises on her face, as a gaggle of photographers snapped her picture of her.

Depp has claimed that when he told Heard he wanted a divorce, she made up the allegations and battered her own face to punish him.

The pair finalized their divorce in 2017 with Heard getting a whopping $7 million payout for their 15-month union – a payout that she promised to donate in full to two charities.

Depp’s team has branded her a “gold digger” looking for an exorbitant payday.

Heard, who famously dated Tesla titan Elon Musk after the split, may tell jurors the settlement was actually less than she was entitled to. The only reason she hasn’t donated the sum as promised is that Depp keeps embroiling her in expensive lawsuits, according to Bredehoft.

Heard’s legal team says Depp will stop at nothing to destroy her and the negative publicity from their toxic marriage has crippled her career.