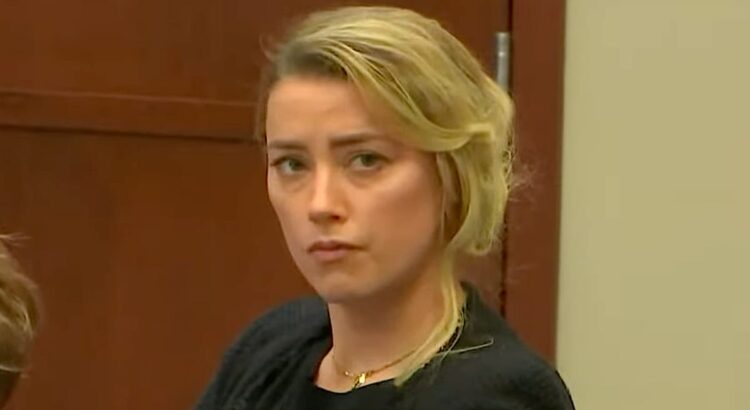 Hughes, a clinical and forensic psychologist specializing in interpersonal violence and traumatic stress, was hired to conduct a psychological evaluation of Heard. Hughes told the Fairfax, Virginia courtroom that she reviewed medical records, psychological records, texts, emails, audio and video recordings from the case and met with Heard’s therapists and the actress’ mother. Hughes said she also met with Heard for 29 hours over four visits in September 2019 and January 2021 for the evaluation.

Hughes said, “The second main opinion was that Ms. Heard demonstrated very clear psychological and traumatic affects or the exacerbation of trauma from those statements that Mr. Depp made through his attorney.”

“I diagnosed Ms. Heard with post-traumatic stress disorder,” said Hughes. She said the cause was “intimate partner violence by Mr. Depp.” Her diagnosis of her contradicts the opinion of Dr. Shannon Curry who was hired by Depp’s legal team to evaluate Heard. Curry testified that Heard did not have PTSD and that the actress “grossly exaggerated symptoms of PTSD.”

Hughes said Heard reported a number of physically violent behaviors by Depp, stating: “He pushed her, he shoved her, he slapped her with the front of his hand and the back of his hand, he choked her, he slammed her into the wall , I pushed her and she fell down, I kicked her in the back.”

During Hughes testimony, Heard turned toward the jury and appeared to hold back tears as Hughes detailed instances of physical and sexual abuse.

After 13 days of testimony, and more than a dozen witnesses including bodyguards, Hollywood insiders, doctors and accountants, Johnny Depp’s legal team rested their case Tuesday in the actor’s $50 million defamation trial against ex-wife Amber Heard.

Before resting, the Depp team called forensic accountant Mike Spindler to the stand, who said Depp lost tens of millions of dollars as a result of Heard’s 2018 Washington Post op-ed.

See also  The true story of the snake: what happened to every major player

The accounting expert was hired by Depp’s team to calculate the actor’s total lost earnings from the piece, in which Heard described herself as a public figure representing domestic abuse, although she did not name Depp.

Spindler said he reviewed “accounting records, trial exhibits, deposition and trial testimony, and various other documents and exhibits in connection with the case.” He calculated Depp’s earnings lost by analyzing the period from October 2018 through October 2020, after the op-ed was released.

Heard’s attorney had argued that Depp didn’t meet the threshold of burden and the case should be thrown out. Attorney Ben Rottenborn told the court, “Mr. Depp bears the burden of proving that by preponderance of the evidence and to satisfy the requisite intent and show that Ms. Heard acted with actual malice. He has a heightened standard of proof that he must prove by clear and convincing evidence that Ms. Heard acted with that malice.”

“In this case your honor, if Mr. Depp abused Ms. Heard physically, verbally, emotionally or psychologically even one time, then she wins on those claims,” Rottenborn said. I have added that the evidence “is overwhelming and undisputed” that Depp did.

The “Aquaman” actress is expected to take the stand Wednesday.