China censored ‘Spider-Man: No Way Home’ for refusing to remove the Statue of Liberty 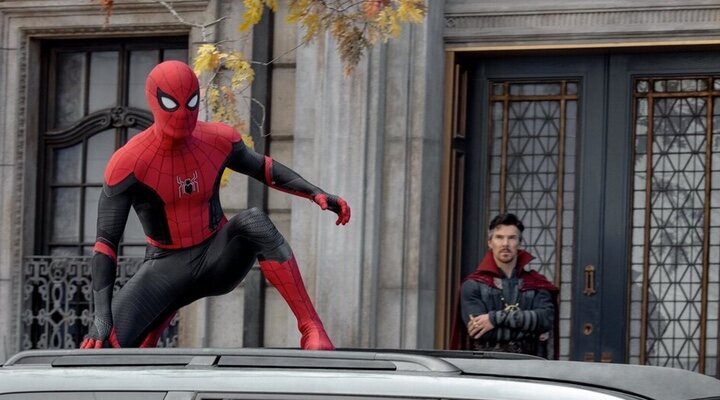 Despite the hype and excitement caused by ‘Doctor Strange in the Multiverse of Madness’, the event that brought ‘Spider-Man: No Way Home’ to the Marvel fandom is not easily forgotten. With his already legendary cameos and the fusion of the 3 universes of ‘Spider-Man’, Tom Holland’s third arachnid movie has earned a place in the hearts of Marvelites. That’s not counting the incredible benefit the movie has brought to both Marvel and Sony.

Even so, ‘No Way Home’ does not escape controversy and, as has already happened several times, the film has been censored on the international scene. In this case, it has been China who has decided to veto ‘No Way Home’ from the market after having released both ‘Spider-Man: Homecoming’ and ‘Spider-Man: Far From Home’ in theaters.

Apparently, the Chinese authorities asked Marvel Studios and Sony Pictures to suppress (or “exhaustive editing”) of the Statue of Liberty from the footage of the tape, which would entail practically eliminating the entire third act and the final battle. Sony CEO Tom Torhman refused to make such a change to the film, reports puck. Later, China asked to minimize the monument throughout the final part, as well as cut the scenes of Holland on top of the crown. Again, Sony rejected the proposal knowing that it could complicate the release of the film in China.

From censorship to censorship, and I shoot because it’s my turn

Vague hopes that “Doctor Strange in the Multiverse of Madness” would break the streak of Marvel Cinematic Universe movies not released in China have been dashed. This time, the controversy would have come because of a kiosk that shows a Chinese newspaper at the beginning of the film. The Chinese letters would refer to The Epoch Times, an international newspaper, published in several languages, which opposes the Chinese Communist Party.

See also  MCU: Ranking of each final battle in phase 2

According to dead linethe scene in question would have been analyzed frame by frame on social networks, which would have fueled the controversy. The clip is none other than the duel between Doctor Strange and Gargantos that appears in a recently published sequence and where the aforementioned kiosk can be briefly seen..

Although Disney has not yet commented, It seems clear that the sequel to ‘Doctor Strange (Doctor Strange)’ will not finally be released in the Asian country, following in the wake of many films that do not pass the Chinese filter. However, it will reach Spanish cinemas next may 6.