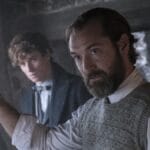 Under the pact, Yates and Taylor will develop and produce both scripted and unscripted film, television, and documentary content for Sister for both its US and UK offices. Yachts will also have the option to direct projects under the deal.

Sister and Wychwood Media have an existing relationship for a commitment of a feature film adaptation of Rory Power’s book “Burn Our Bodies Down,” which has writer Moira Walley-Beckett attached to pen the script.

Yates is most recently the director of “Fantastic Beasts: The Secrets of Dumbledore,” which opened last month and has made $332 million worldwide. And he’s directed every “Wizarding World” movie dating back to 2007’s “Harry Potter and the Order of the Phoenix.” He also directed 2016’s “The Legend of Tarzan.”

“David Yates is one of the most versatile filmmakers working today. His films of him are visually stunning and deeply human, ”Sister co-founder and CEO Stacy Snider said. “David and Lewis are passionately committed to telling stories to a global audience and to sharing their experience and access with other working and emerging writers and directors. Liz, Jane and I, along with the Sister teams in London and LA, are thrilled to David and the Wychwood team into the fold.”

“We are thrilled to be joining Stacey, Jane and Liz and the rest of the team at Sister. From the very first moment they have made us feel completely at home, and are, in equal measures, supportive, ambitious, and inspiring. We look forward to building stories with them for a global audience,” Yates said in a statement. 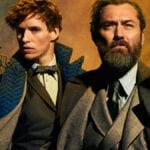 David Yates is represented by CAA and Casarotto Ramsay.