Field of Dreams TV Series Sets Up Shop in Iowa 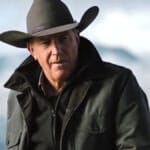 A “Field of Dreams” series adaptation from “The Good Place” creator Michael Schur, based on the 1989 Kevin Costner movie, is establishing production offices and shooting locations in Iowa, Universal Television announced on Tuesday. Production is slated to begin this summer for the series, which will stream on Peacock.

“The creative team behind this limited series cares deeply about the legacy of ‘Field of Dreams,’ and we felt we simply couldn’t make it without shooting in Iowa,” said executive producers Michael Schur and Morgan Sackett. “You can’t think of the movie without thinking of the state — and vice versa. We’re thrilled to have the cooperation of Produce Iowa and many local businesses, who will help us bring the series to life.”

“We are excited to begin production on ‘Field of Dreams’ in the location where this momentous journey began… Iowa,” said Erin Underhill, president of Universal Television. “We look forward to giving back to the community with our new training initiative and knocking this series out of the park!”

The adaptation will reimagine the mixture of family, baseball and the magic that made the movie a classic. No cast or other talent has been announced yet.

The project will engage local crew, suppliers and other vendors for all phases of production, including construction, catering, transportation and set decoration. Renovo Media Group, based in Clear Lake, will support the production with technical equipment and expertise. Musco Lighting, a renowned sports lighting vendor, and subsidiary Iowa Sports Turf will help light, design and construct the baseball field featured in the series.

While filming will take place in various locations throughout the state of Iowa, the series is also set to shoot in Boston, Massachusetts; Minneapolis, Minnesota; and Los Angeles, Calif.