Inside Young Rock’s WWF Episode and Those Wrestling Cameos 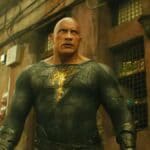 Tuesday’s episode of “Young Rock” is a special one. Not only does the installment chronicle Dwayne Johnson’s first-ever WWF match, but the episode was written by those who are incredibly familiar with the events chronicled within: Johnson, Hiram Garcia and Brian Gewirtz.

The episode, titled “Corpus Christi,” marks Johnson and Garcia’s screenwriting debut, while Gewirtz was a longtime head writer for WWE. Combined, the trio distilled a wealth of knowledge and memories into a half-hour episode that also includes appearances by wrestling legends like Stone Cold Steve Austin and Triple H – a task that they admitted was difficult.

“There’s so much story to tell in that limited space, but Dwayne’s got a great memory when it comes to those moments – especially these moments that are so pivotal for him – so he’s a great resource for us,” Garcia (who serves as president of production at Seven Bucks Productions) told TheWrap during a recent interview.

“This is something we’ve been looking forward to for a very long time to be able to come together and do this,” Brian Gewitz (who is also an executive producer on “Young Rock”) said during the same interview, noting that they were eager to make their writing debut on the show’s second season. “We got some great support and guidance from our creators of the show Nahnatchka Khan and Jeff Chiang. It was a really seamless process and we’re happy with how it turned out.”

The episode finds young Dwayne rubbing shoulders with wrestling legends, and Gewitz relished the opportunity to write for these remarkable personalities.

Casting was crucial and Garcia said the actors studied YouTube videos to make sure they nailed their performances.

“It is a massive mountain to climb when you are having to cast icons of stature, when you’re casting Steve Austin and Hunter and Taker. It’s a lot of fun,” he said.

Johnson proved to be an invaluable resource when it came to crafting the dialogue between the characters, as he was able to recall conversations he had at the time.

“That scene with The Undertaker in the show and what he says and everything, that was directly transcribed to us from Dwayne because I have experienced it,” Gewitz said. 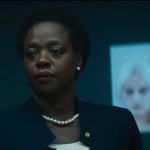 One aspect of the story in particular was vitally important to Gewitz to maintain in the episode.

“Every draft we worked on and we turned in, I only had one thing going in the back of my mind, which is make sure Mantar stays in the show,” Gewitz laughed. “Mantar is in this episode.”

As for what’s next in upcoming episodes, Gewitz says he’s excited for the audience to experience the culmination of all three timelines in the series.

“You’ve got Dwayne finally stepping into the wrestling world and then seeing the origins of Flex Kavana down in Memphis, where he was training for several months before getting the call for WWE, and then the Rocky Maivia period which did not go as planned ,” Gewitz said of Johnson’s wrestling personalities before introducing The Rock. “And then the other timelines, it’s really, really fun because we’ve been building to this Backyard Brawlbecue … and that encapsulates so many huge names that you’ve seen throughout the season.”

See also  'Dune 2': Everything you need to know about Denis Villeneuve's film

“I don’t think there’s been a tag-team main event steel cage match on network television before, certainly not with the likes of Roddy Piper and George ‘The Animal’ Steele and Classy Freddie Blassie and Rocky Johnson and Tony Atlas,” Gewitz said.