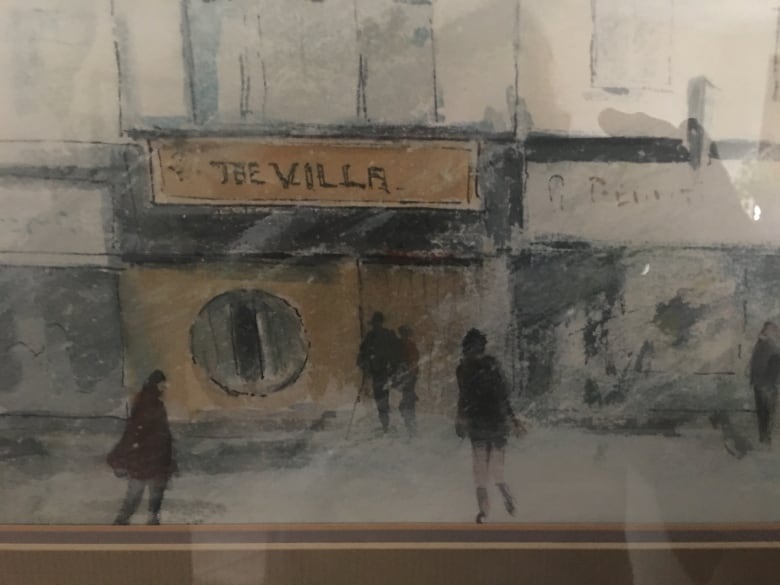 A Maud Lewis painting received as payment for a grilled cheese sandwich at a London, Ont., restaurant almost 50 years ago is expected to fetch up to $35,000 at auction.

The painting of a black truck traveling along a road is the work of one of Canada’s premier folk artists, who died in 1970 in Digby, NS, at age 69.

It was made for London artist John Kinnear, who took a shine to Lewis, then scraping by as an unknown, selling paintings by the side of the road for as little as $10 in her native Nova Scotia.

Kinnear used to regularly send Lewis paints and prepared boards, according to Irene Demas, who knew Kinnear when he and his wife Audrey were regulars at the downtown restaurant she owned with her husband Tony in the 1970s.

“They would have lunch in the front window and almost every day, they were there,” Demas said. “We weren’t really running a tab. I don’t know how it worked out with my husband, but John and Audrey would have lunch and we would end up with a painting.”

Lived for the grilled cheese sandwich

Kinnear was English, very reserved and, apparently, a creature of habit. Demas said the only thing he’d eat were grilled cheese sandwiches.

“He wouldn’t try anything else,” said Demas.

“I was a young chef in my twenties, and the culinary world was changing and there were new things I wanted people to try, and I could not get him to eat anything except a grilled cheese sandwich.”

Demas recalled one day when her husband Tony came into the kitchen where she worked to tell her Kinnear had brought a number of paintings and he wanted her to pick out the one she liked. She came into the dining room to find the colorful paintings on chairs and leaning against glassware on the tables.

‘Did a child paint these?’

“I just sort of stood back because it was very, very different from anything I had ever seen before,” she said. “At first I thought: ‘Is this some kind of joke they’re playing on me? Did a child paint these? These are so primitive and child-like.'”

Kinnear told Demas the story of a “bird-like” woman he’d met in Nova Scotia, and started to help develop the struggling artist by sending her supplies and aiding her efforts to sell her paintings in Ontario.

“I really had a hard time picking a painting that I liked,” Demas said. “I remember seeing the cats, the cows or oxen, and none of them caught my eye as much as this little black truck.

Maud Lewis is the quintessential Canadian folk artist who has overcome personal physical limitations and all kinds of challenges in her life.– Ethan Miller, Miller & Miller Auctions

“I was pregnant at the time and I thought, ‘Well, I’m going to have a boy and we can always hang this in his room,’ so that’s how we ended up with the little black truck.'”

It turns out Demas chose well, according to Ethan Miller, chief executive officer and auctioneer at Miller & Miller Auctions in New Hamburg, Ont., who said the painting is rare and a striking example of Lewis’s work.

“It just so happens they chose the best of the nine,” he said. “It’s a very limited production example.”

Lewis painting, letters on auction May 14

The painting will go on the auction block on May 14, along with two handwritten letters from Lewis to Kinnear that are believed to be the first-ever examples of the late artists’ correspondence to go to market.

“Our understanding is Maud Lewis had very little written communication with anyone. So the gentleman she was corresponding with in this case, he was a cheerleader and a believer in her,” said Miller.

He said Lewis has a cult-like following in the art world, where she’s celebrated for her resilience and finding joy, despite living in a one-room house in abject poverty while suffering from debilitating rheumatoid arthritis.

“Maud Lewis is the quintessential Canadian folk artist who has overcome personal physical limitations and all kinds of challenges in her life. She followed her passion and worked hard at it.”

He said because of her story and the 2017 movie inspired by itLewis’s star has risen in value considerably, even in recent years.

“The market has gone wild. It’s very unusual to see a category double and triple in value, and Maud Lewis paintings within the last five or even three years have doubled easily.”

Demas said she can’t recall how many grilled cheese sandwiches it took to get the painting.

“I have no idea, but that’s all John ever ate, was a grilled cheese sandwich every day.”