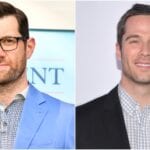 Meg Ryan is returning to her romantic comedy roots and will star and direct a film called “What Happens Later” that will co-star David Duchovny.

“What Happens Later” is described as an evolved and nostalgic take on the rom-com, and Bleecker Street has acquired the US rights to the film and is planning a 2023 theatrical release. HanWay Films has also come aboard the film to handle international sales and distribution and will kick off sales at Cannes this month.

Production on the film will begin later this year in Bentonville, Arkansas.

Here’s the logline and full synopsis: What if late one snowy night you came face to face with someone from your long ago? Someone who once held your secrets, because once, long ago, that person held your heart.

Ex-lovers Willa (Ryan) and Bill (Duchovny) are reunited for the first time since their split decades prior when they both find themselves snowed in, in-transit, at an airport overnight. Willa is still the wilful, independent spirit she once was, free of any ties. Bill, recently separated, is reassessing his life and his relationships with his estranged wife and daughter. All each wants is to get home, but over the course of the night they find themselves at first reluctantly drawn together yet compelled to revisit their past, along with what could have been and what might well be again. But when the versions of their shared history don’t quite add up, where do they go from there?

“What Happens Later” is based on a play called “Shooting Star” by Steven Dietz, who also co-wrote the screenplay for the film with playwright and novelist Kirk Lynn. Meg Ryan is also a co-writer on the script. 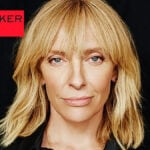 Jonathan Duffy and Kelly Williams are producing “What Happens Later” through their Ten Acre Films banner, as are Laura D. Smith and Kristin Mann. Kerri Elder and Blake Elder of Rockhill Studios are executive producers together with Bleecker Street’s Andrew Karpen and Kent Sanderson.

See also  Where is Thor in Civil War? & 9 Other MCU Characters Who Missed Big Events

“We couldn’t be more thrilled to have the incredible teams at Bleecker Street and HanWay alongside us as we bring this special story to the screen. We believe it’s a look at life and love that audiences the world over will relate to and hunger for in these uncertain times when connection and reconciliation feel more important than ever,” the producers said jointly.

“To be part of this team, bringing such a popular play to the big screen is a genuine privilege. We are beyond fortunate that the project is in the hands of one of the most gifted romantic comedy actors of her generation. Combined with the talent of her co-stars and producers, we are honored to be on this journey and look forward to sharing the experience with audiences next year,” Bleecker Street CEO Karpen said. 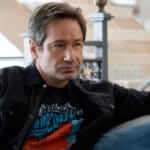 “It is exciting to have Meg Ryan bring the weight of her experience in the genre to the director’s chair and to match make her with such a wonderful sparring partner in David Duchovny. This is exactly what audiences everywhere are looking for and HanWay is thrilled to be partnering once again with our friends at Bleecker Street,” HanWay Films MD Gabrielle Stewart added.