Roe v. Wade and the Future of Abortion Rights: What We Know 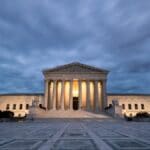 One of the nation’s biggest hot-button political issues, abortion, is back at center stage — due to an unprecedented leak published by Politico on Monday of a draft Supreme Court opinion that suggests that five justices are poised to overturn the half-century-old Roe v. Wade decision enshrining access to abortion nationwide.

The leak Monday of Justice Samuel Alito’s draft decision of a majority opinion that could serve to reverse the landmark precedent on abortion rights put the Supreme Court in scramble mode.

Here is what we know as of Tuesday.

Chief Justice John Roberts reacted promptly on Tuesday, confirming that the Feb. 10 draft is accurate but underscoring that the draft did not represent an official decision —

In addition, Roberts announced an investigation by the Marshal of the Court into how the draft document was leaked.

• Chief Justice Roberts on Tuesday confirmed the authenticity of the leaked first draft, which is dated Feb. 10, but onderscored that the draft does “not represent a decision.”

• That decision will likely have to wait several months, until the Court publishes its official decision on Dobbs v. Jackson Women’s Health Organization, a pending case over a Mississippi law banning abortions after 15 weeks of pregnancy. The Supreme Court tends to announce decisions on major cases in May and June, though last year’s term included decisions announced as late as July 1.

• Roberts also stands as the only uncertain vote with three Democratic-appointed justices – Stephen Breyer, Sonia Sotomayor and Elena Kagan – “working on one or more dissents,” according to the Politico story. “Justices circulate draft opinions internally as routine and essential part of the court’s confidential deliberative work,” Roberts said in a statement.

• Alito’s draft argues vehemently against the principles set forth in Roe v. Wade, established in 1973 to guarantee constitutional protection for “a woman’s right to an abortion prior to the viability of the fetus,” as summarized by Cornell Law School. That was followed up with a 1992 decision, Planned Parenthood v. Casey, that reaffirmed the precedent. 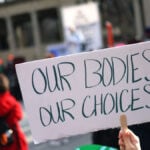 • The Roe v. Wade’s decision, not unlike Monday’s Politico story, was published in advance of the court’s announcement by Time magazine, according to research by a Georgia law professor.

• Strict limits or a total ban on abortion would immediately take effect in large portions of the South and Midwest if Roe v. Wade is overturned — Michigan, Wisconsin, Arizona and West Virginia all had bans in place prior to the Roe decision that would become enforceable again. According to the Guttmacher Institute, 23 states have laws that would limit abortion access, including some states with multiple provisions. In addition, 13 states have passed so-called “trigger laws,” which would ban abortions as soon as Roe is overturned, according to CNN.

• Some Republicans who want to outlaw abortion called the leak a calculated plan by a progressive clerk or even a progressive justice to “intimidate” the justices.

Josh Dickey and Rosemary Rossi contributed to this report. 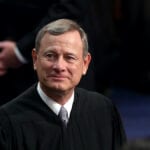