Sharon Osbourne Docuseries to Debut on Fox Nation in September 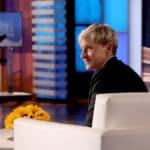 Sharon Osbourne will star in Fox Nation’s “Sharon Osbourne: To Hell & Back,” a four-part docuseries that will debut in September, Jason Klarman, the streaming platform’s president, announced on Tuesday.

“We are excited to be the place that Sharon chose to tell her incredible story. From her remarkable career as a music manager, to creating television’s first celebrity reality show, to her dramatic exit from ‘The Talk,’ Sharon will take viewers behind the scenes of it all, ”said Klarman.

Osbourne added, “Fox Nation subscribers will have an unbridled look into the toll the cancel culture phenomenon had on my life and career. I hope telling my story for the first time will help audiences understand the impact this movement can have on individuals and families.”

She will document her experience at CBS, including the events that led to her March 2021 departure from the daytime talk show. The documentary will also include insight and personal stories from her rocker husband, Ozzy Osbourne, along with their children, Jack and Kelly Osbourne. The series will also feature interviews with Meghan McCain and Piers Morgan.

Osbourne joined News UK’s “TalkTV,” which launched on April 25, where she hosts a primetime roundtable program, also called “The Talk”.

Her many TV credits include NBC’s “America’s Got Talent,” “X-Factor,” and “Celebrity Apprentice,” and MTV’s “The Osbournes.”