The first reactions to the trailer for ‘Avatar: The sense of water’ praise its visual power 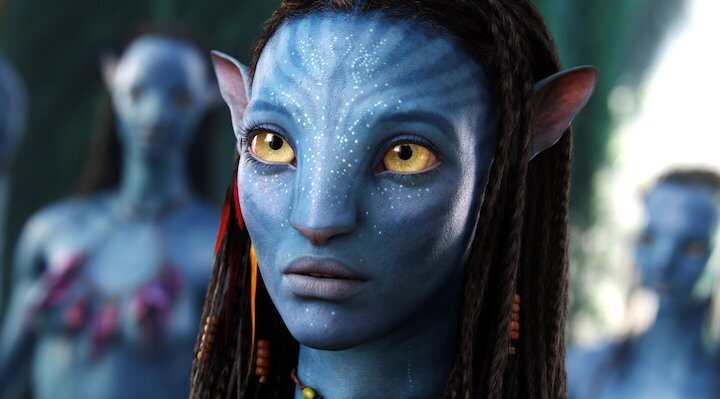 Thirteen years have passed since the premiere of ‘Avatar’ broke all box office records. Now James Cameron returns to Pandora with this sequel of which we have recently found out the title, the synopsis and the first images. We also learned that the first teaser trailer for ‘Avatar: Sense of Water’ could be seen just before the premiere of ‘Doctor Strange in the Multiverse of Madness’.

The first reactions to the trailer from critics who have seen the Marvel movie at press screenings have not been long in coming. The vast majority of them flatter the visual imagery as well as its aesthetic power.a feature that drew attention in the same way in its predecessor.

Saw the new trailer for #AvatarTheWayOfWater and it definitely looks gorgeous. I can’t wait to see the full vision from a master like James Cameron. Ready for the world to be reminded of what 3D can accomplish, and he’s certainly one to do it. Excited for December. pic.twitter.com/X5JlLV7PMx

“Saw the trailer for ‘Avatar: The Way Of The Water’ and it looks amazing. I can’t wait to see the entire movie from the master James Cameron. Ready to remind the world what 3D can do, and he just can do it.” Looking forward to December.”

Just watched the 3D trailer for #AvatarTheWayOfWater. The CGI and 3D element looked great. Not a whole lot of plot was revealed, but it seems to be a visual achievement (of course).#Avatar #Avatar2 pic.twitter.com/a9rpduaEUI

“The CGI and 3D elements are great. Nothing of the plot has been revealed but it looks like a visual achievement (of course)”.

the #AvatarTheWayOfWater 3D trailer was just as gorgeous tonight as it was at #Cinemacon2022 !

The visuals, new settings and planets, new dangers, gorgeous underwater scenes, and the focus on Jake and Neytiri’s family comes through vibrantly.

GET READY FOR THIS ONE, Outlaw Nation! pic.twitter.com/XlLwFpCToU

“The visuals, the new settings and planets, the new dangers, the beautiful underwater scenes, and the focus on Jake and Neytiri’s family are vibrantly displayed”.

I have seen the #AvatarTheWayOfWater trailer 10 times and I loved it each time. Can’t wait to see the full movie in December! pic.twitter.com/BdEuwAnoj0

“I’ve seen the trailer for ‘Avatar…’ 10 times and loved it every time. I can’t wait to see the entire movie in December”.

watched #AvatarTheWayOfWater teaser trailer (in 3D) that will play in front of #DoctorStrangeInTheMultiverseOfMadness. Stunning visuals as can be expected. Pretty sure I picked out Stephen Lang (I was giddy). Unsure if I saw Kate Winslet. Underwater world could be a treat. Done. pic.twitter.com/HqDWcWBMfX

“Seen in 3D the trailer for ‘Avatar…’ which will come out before ‘Doctor Strange…’ Incredible visual effects, as expected. Pretty sure I recognized Stephen Lang (half smile). Not sure if I saw Kate Winslet. Ready”.

Was able to just watch the #AvatarTheWayOfWater trailer early and it looks absolutely incredible. Seriously some of the best visual effects that I’ve ever seen. So ready for December. Inject that score into my veins. pic.twitter.com/MD03TwUQPx

“I got to see the trailer for ‘Avatar…’ and it looks amazing. Seriously, some of the best visual effects I’ve ever seen. Ready for December”.

“I saw the trailer for ‘Avatar…’ in IMAX 3D and it looks stunning. It features many stunning shots of Pandora (particularly water effects) backed up by a superb score (RIP James Horner). I forgot how fascinating 3D can be when used correctly. I’m ready, James Cameron”.

Also: saw the #Avatar2 trailer. Not overly impressed with the footage itself (was really hoping for some new visual that took my breath away and gave me that Avatar 1 hype) – but the music and the visuals did excite me and make me want a return to the world more than I expected. pic.twitter.com/mhdRRoVvr0

“I saw the trailer for ‘Avatar…’. Not too impressed by the footage itself (I was expecting a new aesthetic that would take my breath away and give me the hype of ‘Avatar’), but the music and visuals moved me.” And they made me want to go back to that world more than I expected.”.

#AvatarTheWayOfWater trailer is absolutely stunning. It was worth the wait because of how advanced the technology is. New characters to look forward to and what seems to be an interesting story. Really looking forward to this after watching this trailer!

“The trailer for ‘Avatar…’ is absolutely amazing. The wait has been worth it with how technology has advanced. There are new characters to follow in what looks like an interesting story. Looking forward to this after that!” Watch the trailer!”.

The trailer of #Avatar2 It looks like a trillion-dollar mega-documentary of imaginary marine fauna. The classic expensive 3D movie that they put on in zoos. 13 years have passed and the logo is still in the Papyrus font, so everything is in order. #TheSenseOfWater pic.twitter.com/3TAAv0Cywb

The TRAILER of #Avatar #TheSenseOfWater blows your mind in contrast to the memory of #Avatar. If that one impressed technologically speaking, this is ???

We just saw the trailer for #AvatarTheWayOfWater #Avatar2 #AvatarTheSenseofWater #TheSenseofWater and visually it’s crazy. If you don’t believe it. Although later we will have to see how the story goes. @DisneySpain @20thCenturyUK pic.twitter.com/ZFFX2rznDP

We just saw the trailer for #AvatarTheWayOfWater and it is spectacular what they have achieved in their visual section. All the aquatic elements are an absolute marvel. We have been able to see it in 3D and it looks very good. #TheSenseOfWater @20thCenturyUK pic.twitter.com/yESilhx6fE

The unanimity of the praise regarding the visual part of ‘Avatar: The sense of water’ does not surprise anyone. Its predecessor was already a pioneer in the use of 3D and took advantage of the visual power to present that whole world of science fiction. Nevertheless, despite the raised passions, many are still skeptical waiting for December and wonder if the story they tell will live up to the aesthetics and music presented in the trailer.

With the characters of Sam Worthington and Zoe Saldaña as protagonists and waiting to meet new faces, Pandora could be pointed out as the true protagonist of the trailer. ‘Avatar: The sense of water’ is thus careful not to show too much of its history and takes the opportunity to explore the planet’s water and all the marine life that awaits in its depth. With several sequels already confirmed and dated, the film will hit theaters on December 16 this year.