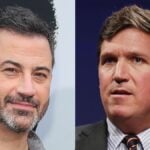 The ballooning billions in treasure and munitions the United States is sending to Ukraine is motivated by a Democrat revenge fantasy aimed at taking out Vladimir Putin – as payback for stealing the 2016 election from Hillary Clinton, Tucker Carlson said Monday night.

The Fox News host laid out the case in his opening monologue, peppered with clips of Democratic leaders saying that “total victory” is the only outcome they seek in the bloody conflict. Carlson set out to define what they mean by that, even as the US has already sent around $30 billion to uphold Ukraine’s so-far successful defense.

The most-watched person on cable news, routinely accused of being pro-Putin by left-leaning pundits, has repeatedly called Russia’s invasion unprovoked and unjustified, voiced support for the Ukrainian people’s resistance and denounced Moscow’s relentless attack on civilians. But on Monday, the “Tucker Carlson Tonight” monologue suggested there’s at least one less-than-justified motivation for the staunch support from Washington’s current majority party.

Carlson said that when Clinton lost to Donald Trump in 2016, Democrats “immediately set out to find someone else to blame…Vladimir Putin got Donald Trump elected, they told us. Hillary Clinton said that repeatedly.”

“This was a childish psychological defense mechanism, it was not a factual claim,” he said. “And yet they kept saying it. In the face of no evidence. And over time they began acting on it like it was true. And then over even more time they paralyzed the entire federal government for years, fruitlessly trying to prove the core claims… The Russian government hacked our election!”

Carlson pointed out that the Russia-Russia-Russia narrative refuses to fade, despite that no definitive evidence of Trump colluding with Russia (or that it “hacked” or did anything to change the outcome of the 2016 election) has publicly emerged.

“[White House spokesperson] Jen Psaki not long ago was saying it out loud like it was true!” Carlson said. “Context: Biden is trying to overthrow Russian government.” 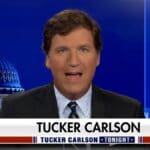 And there it is: Carlson is convinced that Democrats are pursuing open conflict with Russia, with the desired outcome being regime change – in no small part to avenge their failed 2016 candidate.

“That is why they are taking us to war with Russia,” he said. “There are a lot of things going on here, but at some level, the core motivation is just that simple. It’s not about ‘saving democracy,’ please. We know it’s not about protecting the sacred borders of a sovereign country; we know the Biden Administration doesn’t are about those principles because they run our country and we see how they act.”

Carlson added that what the Democrats are not Doing is just as telling as all the bluster and billowing aid packages:

“If you want to save Ukraine, its people, its infrastructure, its nation, you would push for a settlement now. You would’ve done it two months ago. Instead the war in Ukraine is designed to cause regime change in Moscow. That would be payback for the outcome of the 2016 election.”

And just in case that didn’t register, I repeated it:

“We don’t arm Ukraine so we can help Ukrainians. They’re just unfortunate pawns in all of this,” he said. “We arm Ukraine so that we can punish Russia. why? For stealing Hillary Clinton’s coronation.”