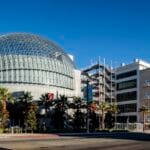 The Museum shared details of the exhibit, which will open on Aug. 21 and run through April 9, 2023 in the Marilyn and Jeffrey Katzenberg Gallery. It is the second major temporary exhibit at the Academy Museum, after the current installation devoted to the work of Japanese animator Hayao Miyazaki.

In a press release, the Academy Museum described the exhibition this way:

“The exhibition explores the achievements and challenges of both independent production and the studio system, from cinema’s infancy in the 1890s through the height of the civil rights movement. ‘regeneration’ features rarely seen excerpts of films restored by the Academy Film Archive, as well as other narrative films and documentaries; newsreels and home movies; photographs; script; drawings; costumes; equipment; posters; and historical materials, such as entrance tickets, note cards, and telegrams; along with augmented reality experiences (AR) designed specifically for the exhibition.”

The seven galleries will begin with clips from the 1898 “Something Good – Negro Kiss,” one of the earliest films showing onscreen affection from Black actors. It will then move to a study of “race films” from 1916 through the 1940s, and a look at segregated movie theaters; a gallery devoted to musicals, particularly ones with all-Black casts; a “Stars and Icons” gallery saluting Black performers from the 1920s through the 1950s; a section devoted to post-World War II “freedom movements”; and one exploring post-1960s Black filmmakers Madeline Anderson, Robert L. Goodwin, William Greaves, Gordon Parks and Melvin Van Peebles.

The exhibition was curated by Doris Berger and Rhea Combs in collaboration with directors Charles Burnett and Ava DuVernay, among others. 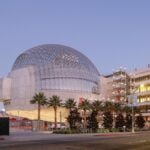