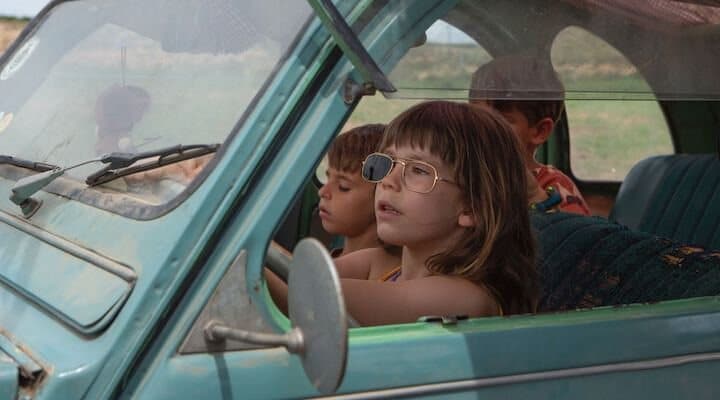 The cinema has not been the first option for many on this May Bridge, leaving us with a total box office that, among the 20 most viewed films, it barely exceeds three million euros (€3,032,689 to be exact), one less than last weekaccording to data from Comscore. That is, one of the lowest collections in recent months in our country. It should also be borne in mind that it was the weekend before the Film Festival, so it is very likely that many viewers preferred to save it for this week.

With a sleepy box office waiting for ‘Doctor Strange in the multiverse of madness’, we can now officially declare ‘The Man from the North’ as ​​a success in Spain. The acclaimed Viking thriller by Robert Eggers has convinced the public in our country, which returns it to the top of the box office for the second consecutive week. Universal’s blockbuster has added €475,791 throughout the May bank holiday, exceeding the threshold of one and a half million (€1,545,124) and an average of €1,333 in 357 cinemas, which represents a drop in 41%. Overall it has 39.14 million euros (41.2 million dollars), which, despite falling well below its budget, is enough to make it a the highest-grossing film from the director of ‘The Witch’ so far.

But the real triumph this week is that of ‘Alcarràs’. Carla Simón’s second film (‘Summer 1993’) debuts at number 2 with an impressive gross of €419,411, a feat even more remarkable considering that it has been released in 167 theaters, more than half that of the film that occupies the first place. Thus, the film distributed by Avalon obtained the best average per cinema (€2,511) for the week, with a total of 59,273 tickets sold. A joy for Spanish cinema, which was already due.

‘Fantastic Beasts: Dumbledore’s Secrets’ drops to number 3 with €408,541 (46% drop), which adds to a total of €7,568,705. The second premiere film that we find in the top 10 is ‘Downton Abbey: A New Era’, the return of the Crowleys to the big screen has been settled with €328,976 and an average of €1,150 in 288 cinemas, a result discreet that, however, tells us that the fans of ‘Downton Abbey’ remain faithful to the British property. It is followed by ‘Sonic 2: The Movie’. While in the United States it becomes the highest-grossing movie based on a video game in history, Sega’s blue hedgehog continues to triumph in Spain in its fifth week with €326,853 over the bridge, bringing its total to 6,410,947 €.

With €162,527 more in its bag, ‘The Lost City’ falls from 4 to 6 in its third week on the bill. However, the film starring Sandra Bullock and Channing Tatum features the best decline of the week inside the top 10 with only 38% compared to the previous. ‘The Bad Guys’ also falls two steps to 7th, adding €162,527 in its seventh week to a total of €6,214,976, falling short of the sequel to ‘Sonic’, its main competition in the family and children’s market. 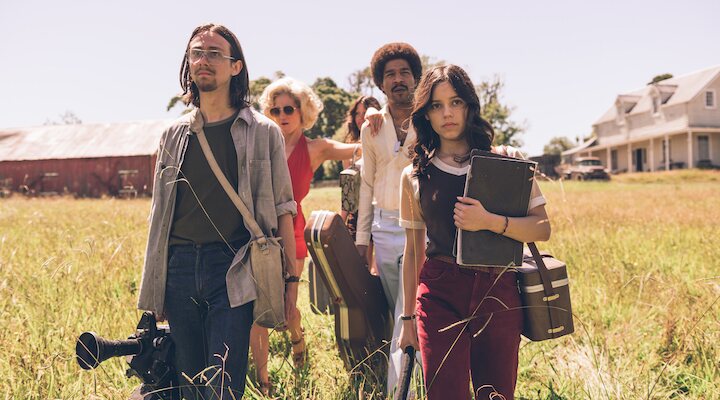 Despite the good reviews and applause from horror lovers (a genre that usually does very well at the box office) ‘X’ disappoints by taking eighth place in its opening weekend with €106,830 and an average of €414 in 258 theaters. Next we find ‘Morbius’, which falls by 50%, from 7 to 9. The Marvel vampire exceeds four and a half million euros in total, but no one takes away the failure label. And closing the top 10 we have ‘The Game of the Keys’, a Spanish film that has achieved €76,584 throughout the bridge, staying just over a million with €814,914 in total. Will he reach it?

To finish, one more week we must highlight the endurance of ‘Uncharted’ and ‘The Batman’, the two highest-grossing films so far this year, available for weeks on digital. Tom Holland’s adventure film is the longest running at the box office with 12 weeks staying in the top 20 and €12,105,720 in total, thus assuming another victory that breaks the curse of superhero movies with Sonic. It stands at 15 with a drop of 36%, followed by the DC film at 16 with a total of €10,793,264. Also noteworthy is the case of ‘The worst person in the world’, which closes the top in its eighth week, although it fails to reach one million euros (it remains at €808,675).

And after several weeks with a low box office, on Friday, May 6 promises to change things with the arrival of ‘Doctor Strange in the multiverse of madness’. That the almighty Marvel will be done with number 1 at the end of the week is a fact. Now it remains to be seen how much the Sam Raimi-directed sequel grosses compared to his fellow Marvelites.

Few dare to face Stephen Strange and Wanda Maximoff, but this Friday there is also various alternative releases for non-fans of superhero movies. Universal premieres ‘Red Rocket’, the critically acclaimed new venture from Sean Baker (‘The Florida Project’). And in addition, you can choose between the documentary ‘Jeremy Thomas, a life of cinema’, the historical ‘Miguel Ángel (The Sin)’, the war drama ‘The Conference’, the Spanish ‘Culpa’ and the French ‘Onoda, 10,000 nights in the jungle’.

See also  We review Mark Ruffalo's career on his birthday